Blackface Set To Sue 2Face And Faze Over Copyright Violations

One of the members of the now-defunct group; “Plantashun Boyz” has made public his move to sue fellow ex-members- Faze and 2 Face over concerns on copyright violations.

In a letter signed by his legal team, addressing the issue, it was stated the duo of Faze and 2Face are billed to perform some of the group’s song at an upcoming concert tagged; ‘The Foundation Concert and Awards’. Releasing the statement on his Instagram page, he said; 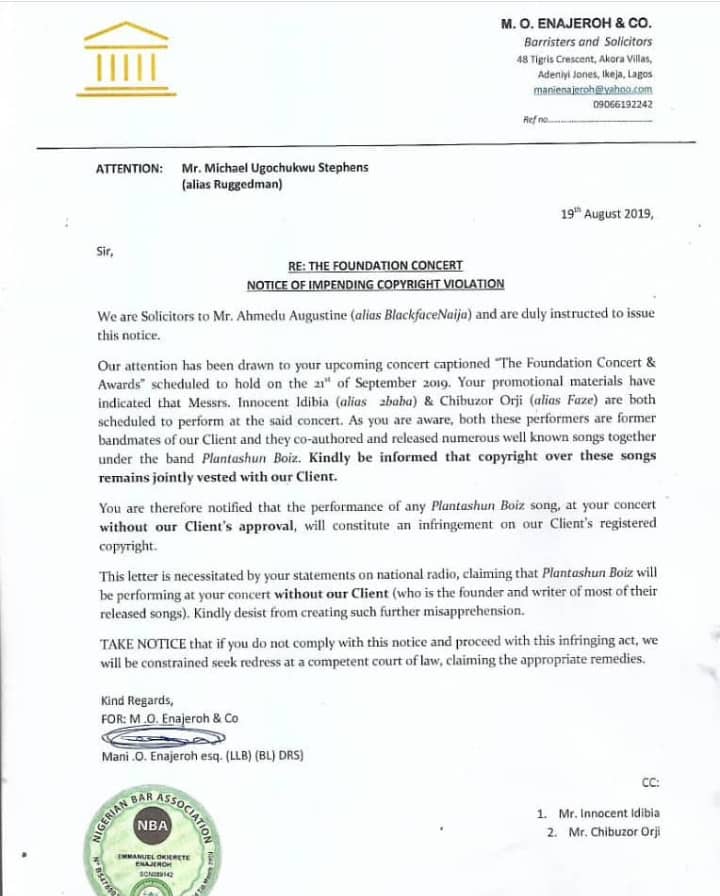 @Over the years this act of going to perform materials of #PlantashunBoiz at events without rehearsals and proper preparations has prompted me and my legal team to sound this as an advice to @ruggedybaba @2baba_official1 & @fazealone not to continue damaging the image of the #band and concentrate on performing works solely made by them individually and none from the #band or written by myself…thank you.
Mr Ahmedu Augustine