Fela Anikulapo-Kuti: 22 Years After The Passing Of A Legend

It has been 22 years since the passing of Nigerian music legend; Fela Anikulapo-Kuti. Olufela Olusegun Oludotun Ransome-Kuti was born in 1938 to an educated middle-class family.

In 1958, he was sent to London to study medicine but diverted to music at the Trinity College of Music where he formed the band Koola Lobitos. He later married in 1960 and moved to Nigeria in 1963 where he trained as a radio producer for the Nigerian Broadcasting Corporation. Fela moved to Ghana in 1967 where he named his musical fusion Afrobeat. The band played in the United States for months where Fela was attracted to the Black Power movement. The band which was renamed The Afrika ’70 upon return to Nigeria recorded music about social issues from the regular love songs. 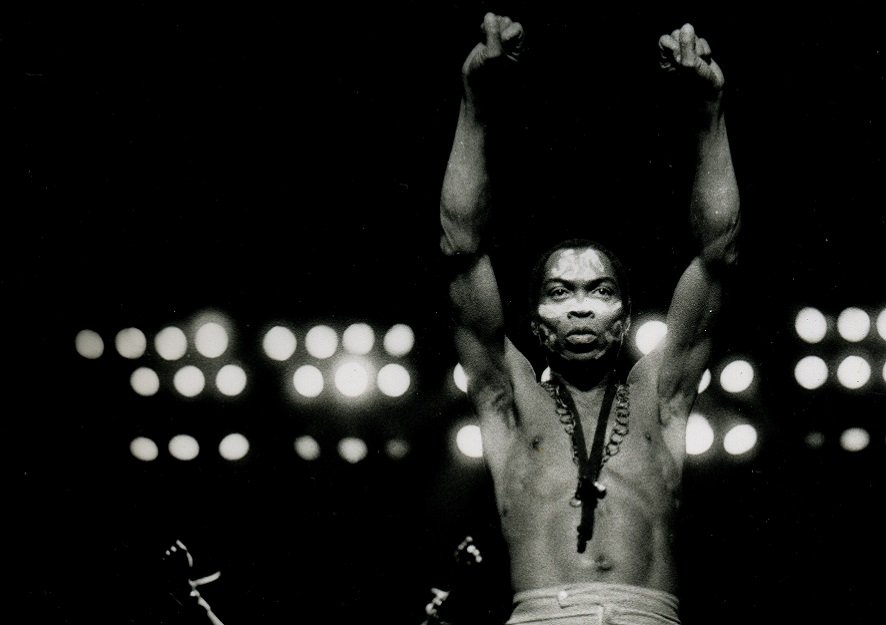 Fela formed the Kalakuta Republic community which had a recording studio and served as a home for band members and other musicians. He then opened the Afro-Spot nightclub which was later renamed Afrika Shrine where he regularly performed and promoted the African traditional religion of the Yoruba ethnicity.

He changed his name to Fela Anikulapo Kuti, started singing in pidgin English and declared his Kalakuta Republic independent from Nigeria. He became popular among the Nigerian public and unpopular with the government at the time which ordered raids on his community. He was beaten, arrested, home, records and instruments torched among others.

Every year, the Felabration; a musical festival is being held to celebrate the life of the Afrobeat Legend.