Mr Ayo Owolabi, the father of the slain NYSC member who was killed during the Shiite/Police clash in Abuja last Monday, has requested for a probe of the Garki hospital, where his son reportedly passed away.

During the visit of the vice president to the family, he said; 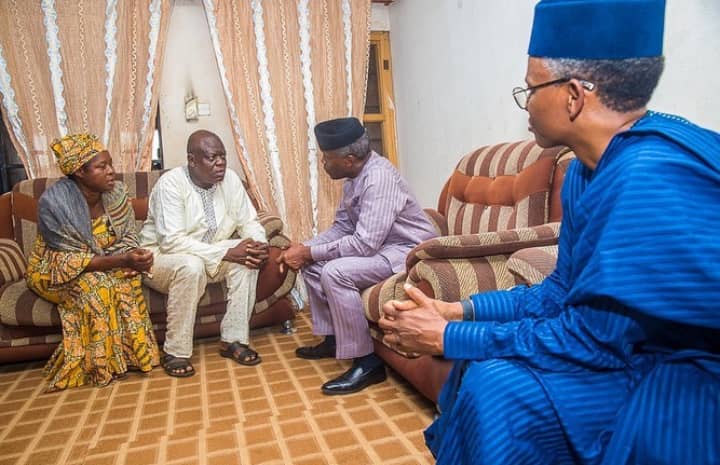 “He was taken to the first hospital where they said they could not handle his case and was referred to Garki hospital where he was attended to and was stabilized,”

“But the doctor, who was supposed to do surgery on him, was far away. Possibly if he was available, the boy’s life would have been saved and that would have saved us from this agony we found ourselves in for the past one week.

“I would have loved to find out why the doctor was not around. And what step has the management of that hospital taken on that doctor’s action.

“I saw the boy in a video sitting down, holding his tummy and bleeding. But the doctor to do the surgery was nowhere to be found.”