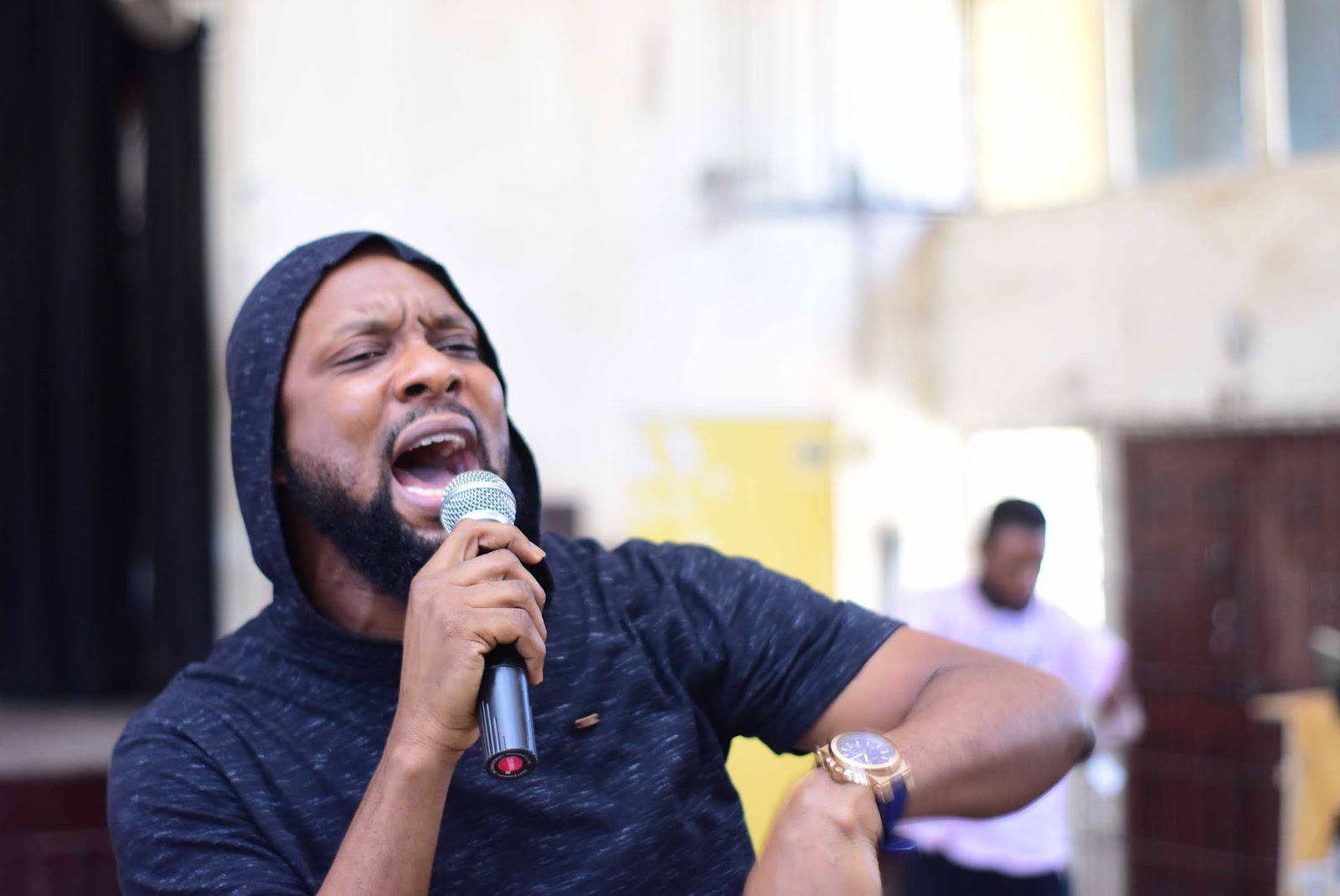 Pardon the language, but ‘gbana na bastard’! There is no fine or good way to say it. Too many lives have been ruined for me to sugar coat it.

I’m back with more gist on my final swing around Imo State with the MTN Anti Substance Abuse Programme (ASAP)  –  the performance at the Alvan Ikoku College of Education, Owerri. It was mind-blowing! The students themselves were doing the mind-blowing. Kai! 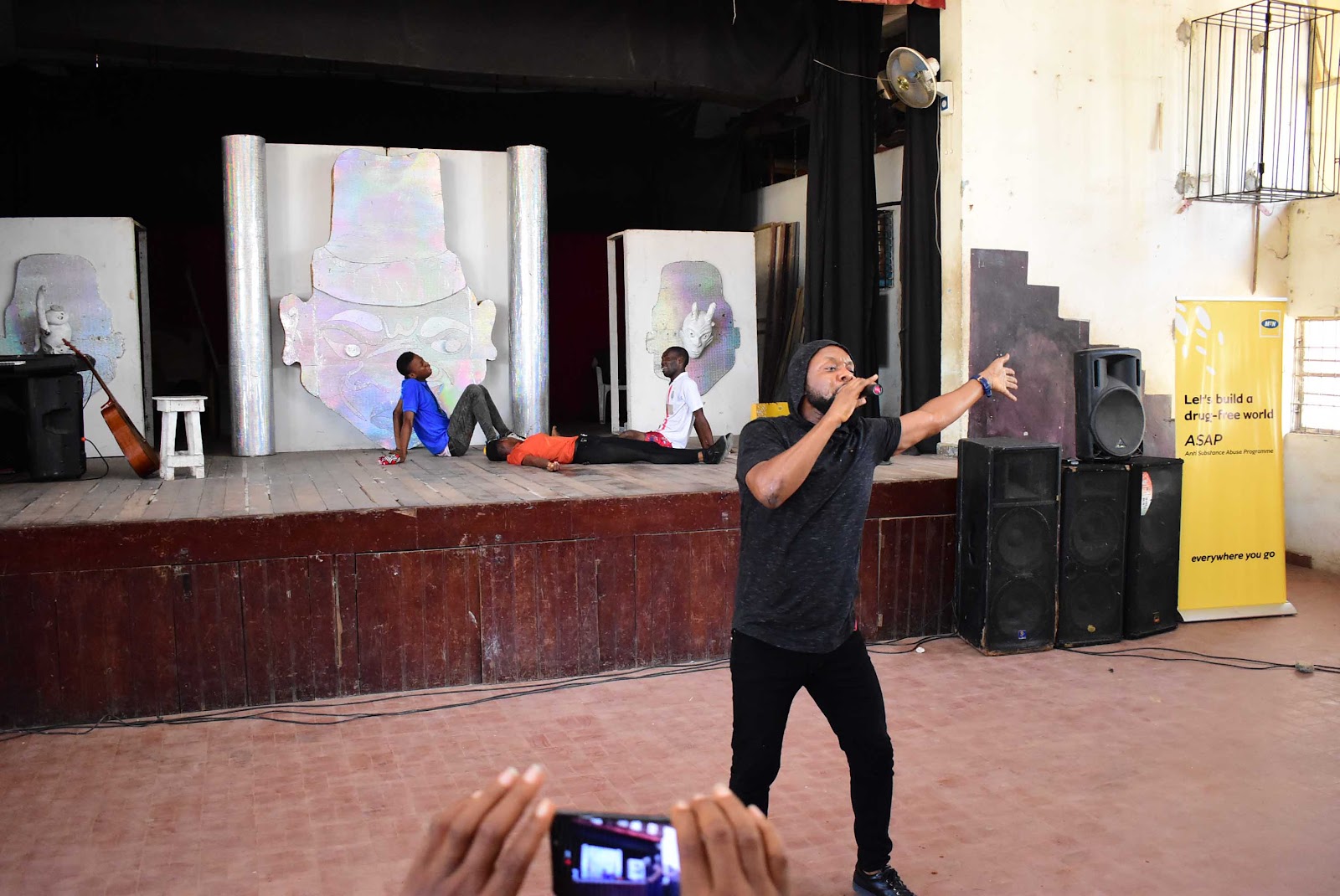 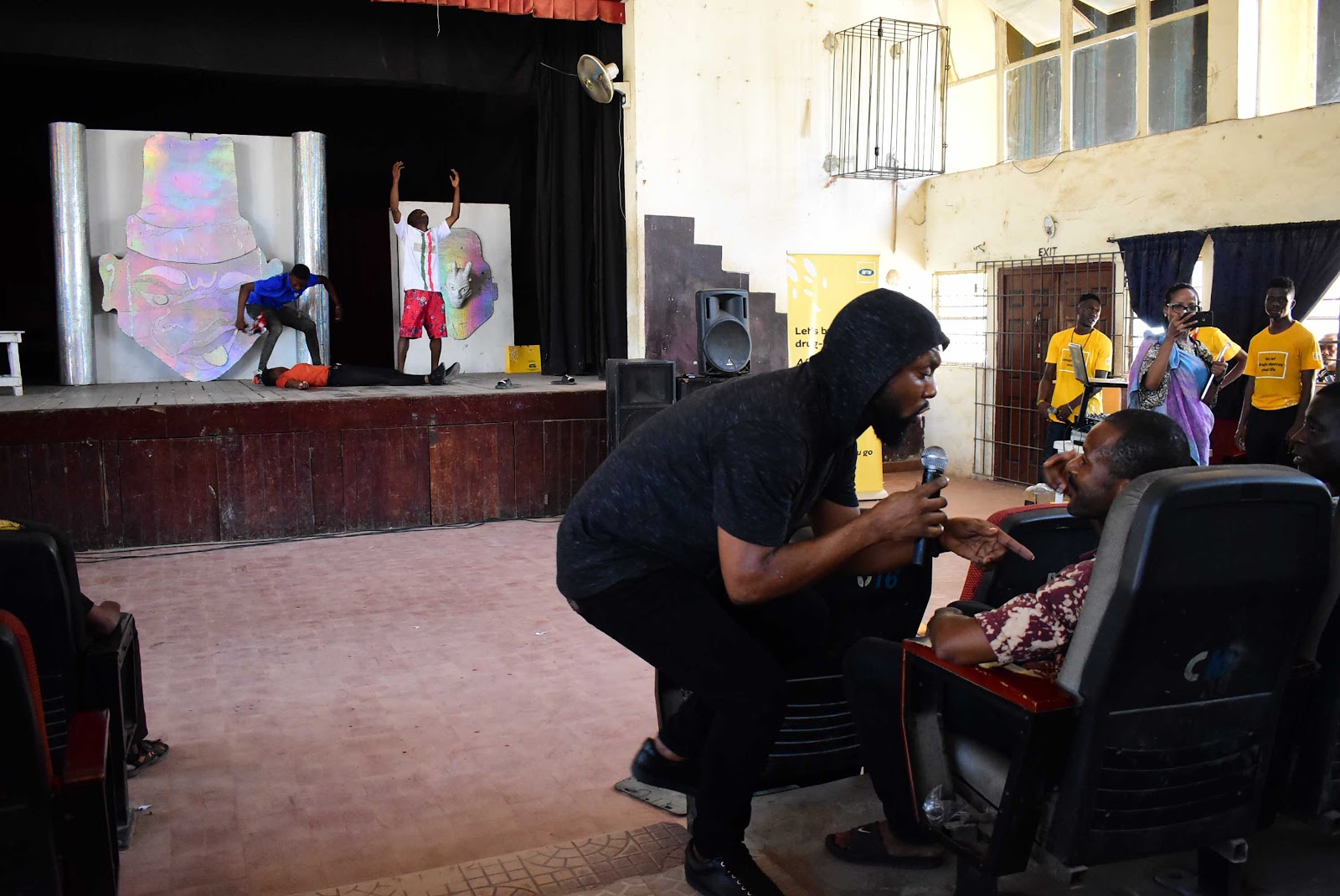 After the students warmed up with dance, I jogged onto the stage and the story changed. Three young students from the theatre arts departments jumped on the stage after me and began performing. They acted the lyrics of the song as I performed my songs. From “Onye Ara”, to “Gbana na Bastard”, to “Even Though”, to ‘Hello Doctor’, the kids showed us stellar performances for each song. 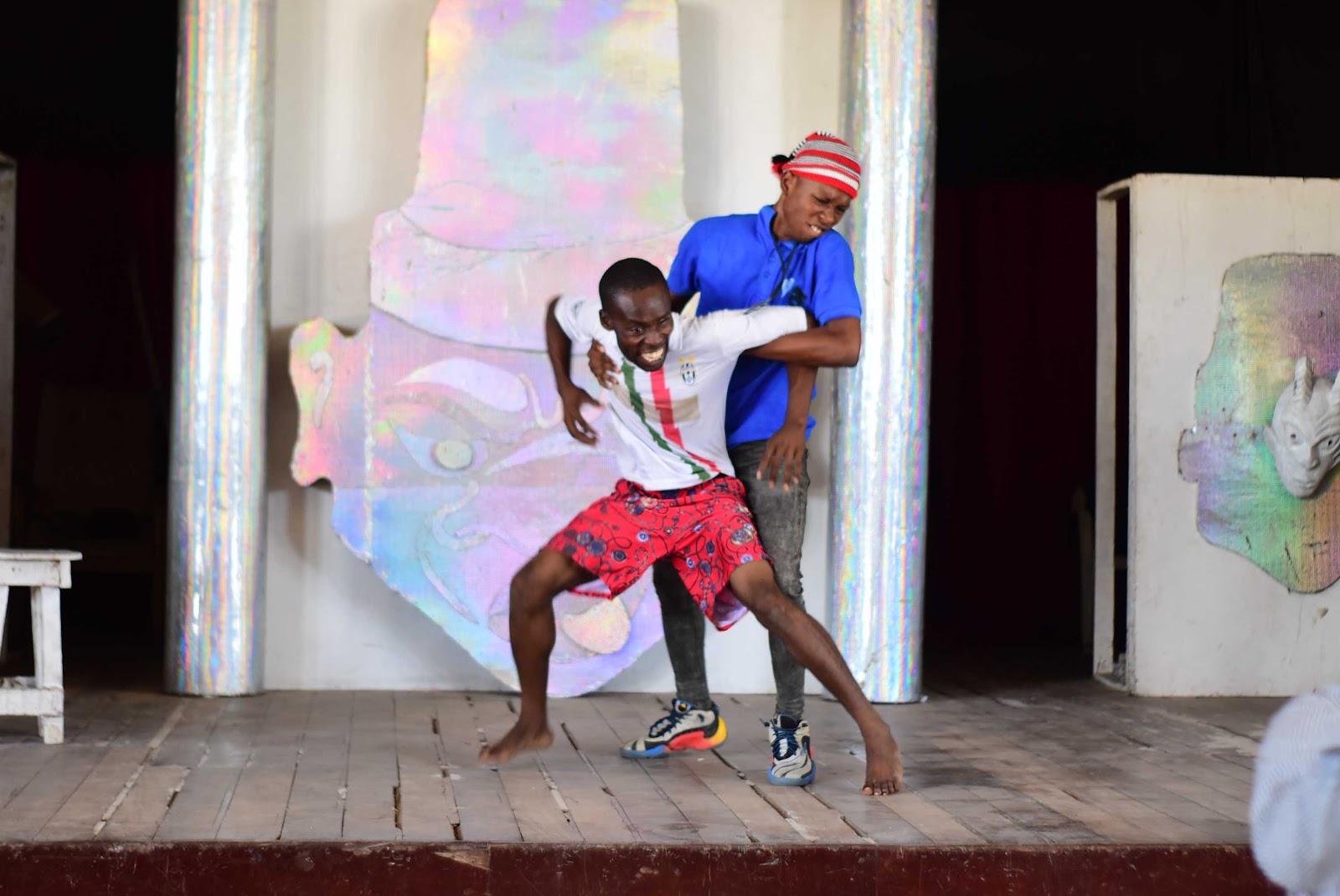 All of their performances showed the essence of the songs – the problems of drugs, the destructive effects of substance abuse and addiction. They even portrayed death at its most extreme! Together, we shared the message to every student in that hall. 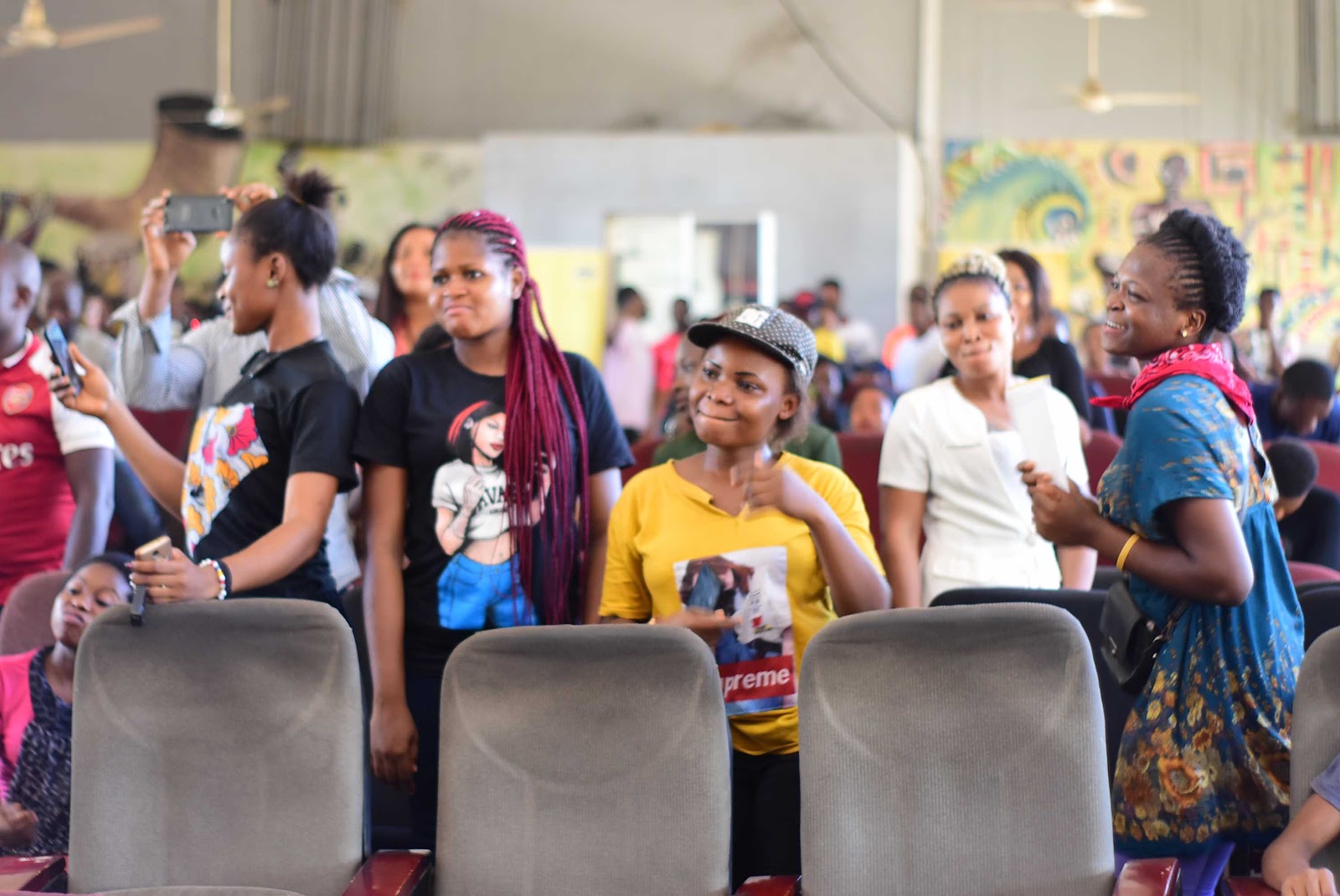 I can officially say “Mama, I made it!” like this o, for the single reason that they all got what I was talking about. Substance abuse is as deadly as any poison you can think of. Which is why ASAP is hitting a chord not just with me but with hundreds of young people across our country. We all need to hear all these truths and understand them,

Just as in Imo State, hopefully, millions more will get this gospel. My Instagram comment sections is now filled with students asking for performances in their schools – they believe it would help their friends. You can also help your friend by spreading the word that substance abuse is one wahala you don’t want to enter.

Never forget, Gbana na bastard. It’s not a joke or a tagline. It will ruin you.

Be Careful of the Drug Trap- David ...