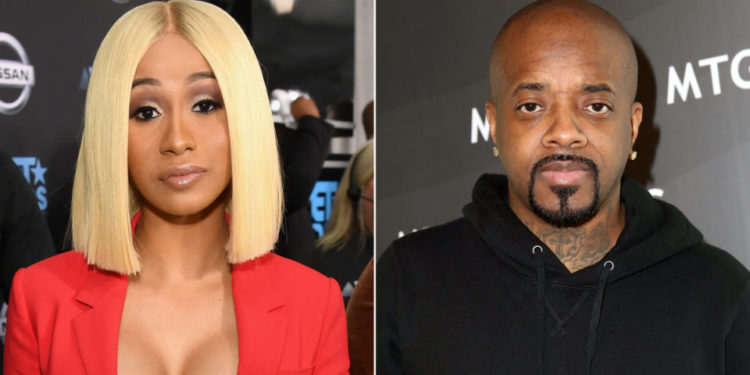 Cardi B has responded to what seems to be criticism on female rappers by Jermaine Dupri; American rapper. Speaking to People TV about female rappers in an interview, the rapper said;

Cardi B, reacting to this in an Instagram video said; “I have seen a lot of people sayin’ ‘Nowadays, female rappers only talk about they pussy and shit. And now that Jermaine Dupri bring it up, now I’m gonna say something about it, right,”

“First of all, I rap about my pusy because she’s my best friend, you know what I’m sayin’? And second of all, it seems like that’s what people wanna hear. I ain’t even gonna front, because let me tell you something: When I did ‘Be Careful,’ people was talking mad sht in the beginning, like, ‘What the fuck is this? This is not what I expected. I expected this, I expected that.’ So it’s like, if that’s what people ain’t tryna hear, then, alright, I’mma start rapping about my pu*sy again.”