The 23-time Grand slam tennis champion; Serena Williams is the star for the cover page of Harper’s Bazaar’s August issue.

Making the announcement on their official Instagram page, the magazine said; 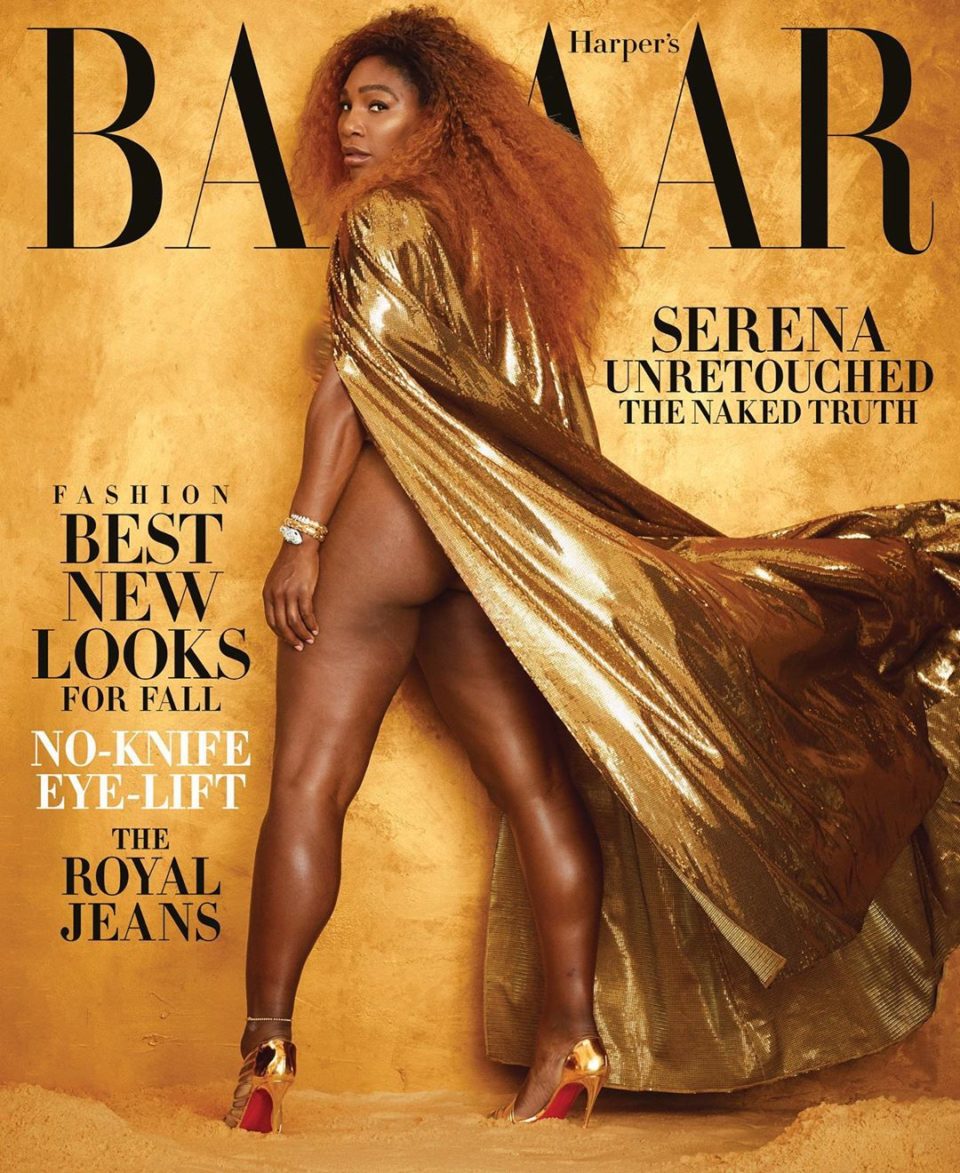 “I’ve been called every name in the book. I’ve been shamed because of my body shape. I’ve been paid unequally because of my sex. I’ve been penalized a game in the final of a Major because I expressed my opinion or grunted too loudly…And these are only the things that are seen by the public. In short, it’s never been easy.

But then I think of the next girl who is going to come along who looks like me, and I hope, ‘Maybe, just maybe, my voice will help her.’” @SerenaWilliams goes unretouched on our August 2019 issue and gets candid in a personal essay on BAZAAR.com”.

The shots were taken by the royal wedding photographer; Alexi Lubomirski.