Pop act Yinka “Lamboginny” Lawanson has released his new single titled “Kirikiri Don Full,” as part of a campaign to raise awareness about prison conditions in Nigeria. The release came after he attended the recent UN Summit in New York dressed in orange prison overalls and handcuffed to make a public statement about overcrowded Nigerian prisons and the high number of detainees who spend months or even years awaiting trial. 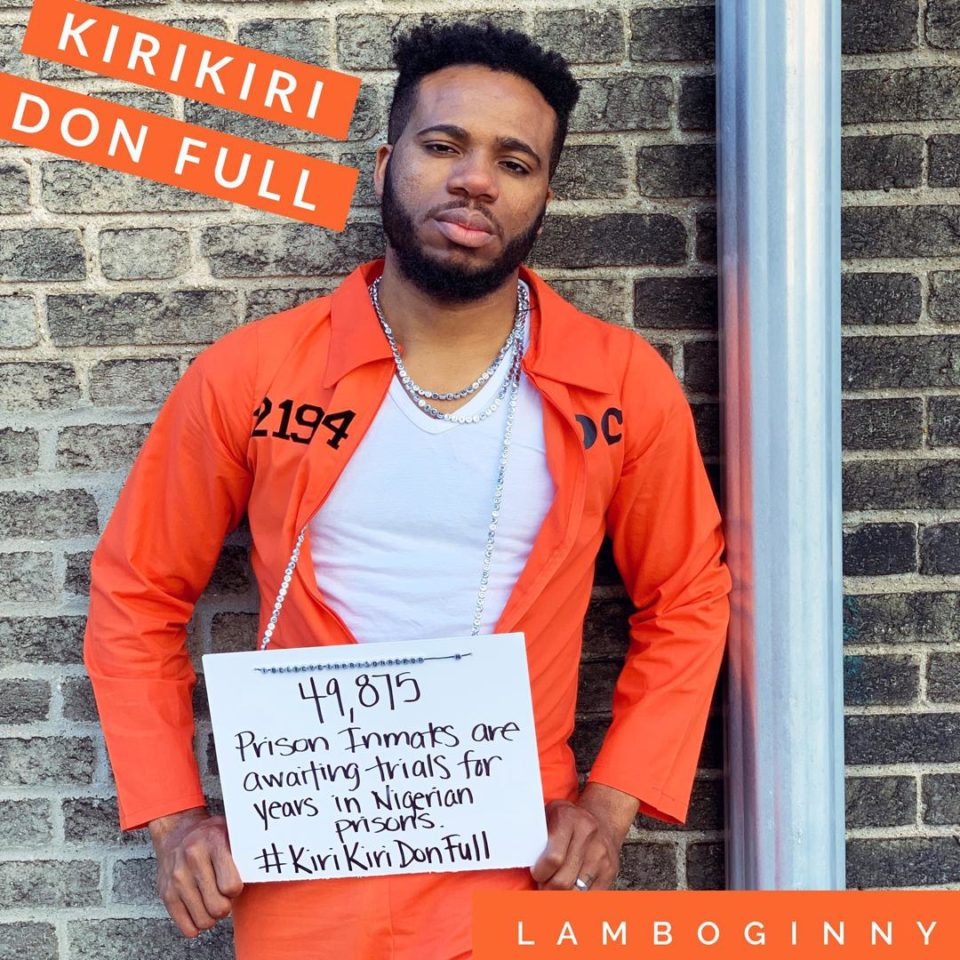 On ‘Kirikiri Don Full,’ which was produced by STO, Lamboginny pleads with the president and other relevant public officials to look into the ugly reality of prisoners who are effectively detained indefinitely without a court appearance because their files cannot be located. He also addresses the situation whereby 3,000 prisoners are packed into a space designed to hold just 800.

He recently posted about his prison reform campaign on his Twitter handle where he thanked Mary Shuttleworth, President of Youth for Human Right International for having him at the UN event where he promoted the campaign. To find out more about prison reform in Nigeria, you can visit ibelieveinprisonreform, and you can also join the conversation on social media using the hashtag #KirikiriDonFull. You can also visit Lamboginny’s personal website at lamboginny, and follow him on social media @Lamboginny.

‘Kirikiri Don Full’ is available for streaming on Spotify, Apple Music and Soundcloud.