Rising pop artiste, Idahams has announced plans to release a new EP titled Amayanabo. The singer made the announcement at his first headline show, 100 with Idahams which held on Sunday (July 30) in Lagos.

The Amayanabo EP is a 6-track project that houses his just-released single, Amayanabo, his Teni-featured hit, No One Else and four fresh records. According to Idahams, the EP is a documentation of his journey from the creeks in Rivers state to becoming a recognizable voice in Nigeria’s competitive music industry.

The EP will be released on Friday, July 5 alongside the video for his recent single, Amayanabo. 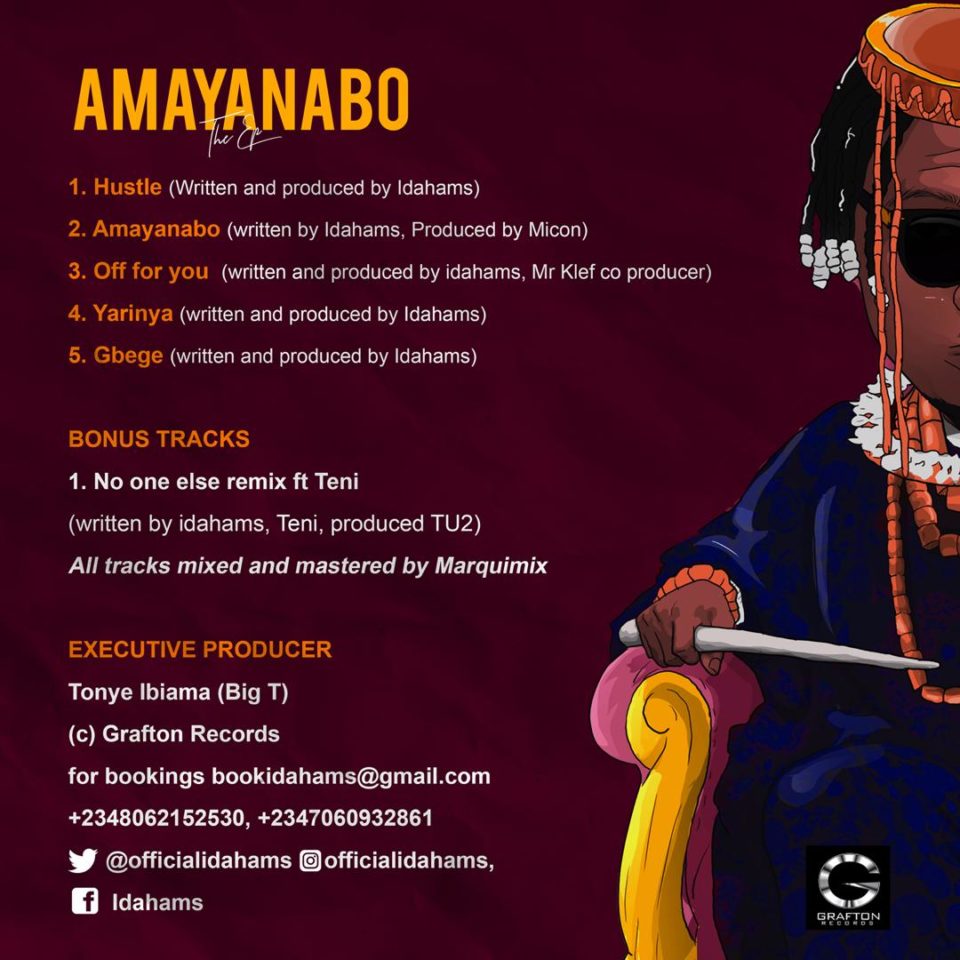