Burna Boy Pictured With Cardi B At The BET After Party 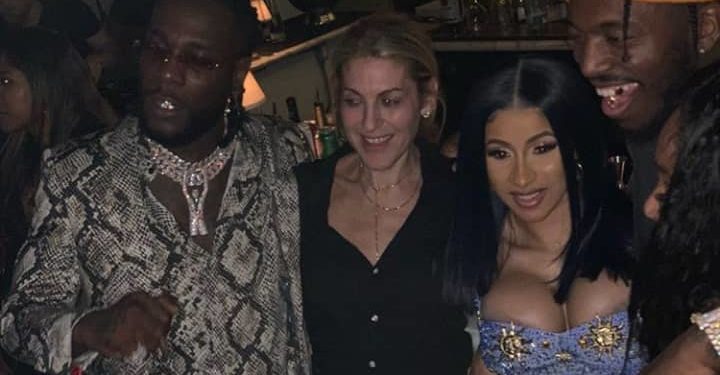 Burna Boy keeps standing tall as he was recently awarded the Best International Act at the Just concluded BET Award. He was nominated alongside other Africans such Mr Eazi, AKA, Teni the Entertainer, Sho Madjozi. This years’ awards was held in Los Angeles and broadcasted live at the Microsoft theatre.

At the after party, Burna Boy was pictured alongside sexy American rapper; Cardi B, who also won in her categories as Best Female Hip-Hop artiste as well as ALbum of the year. The picture of Burna Boy alongside Cardi B was shared on the former’s Insta story. 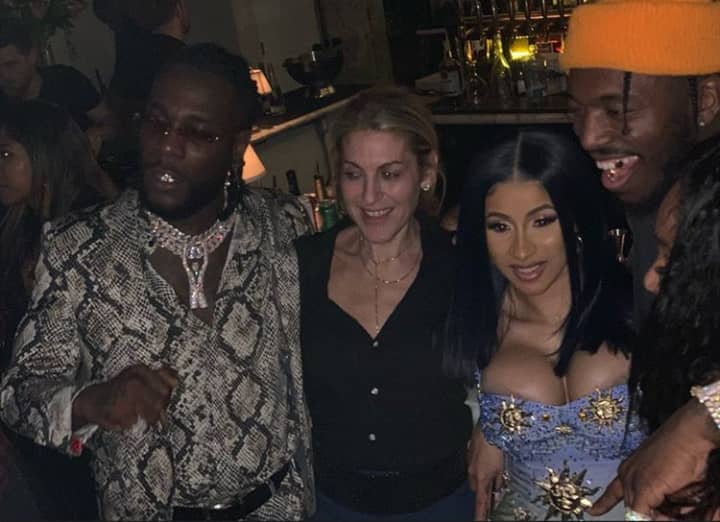