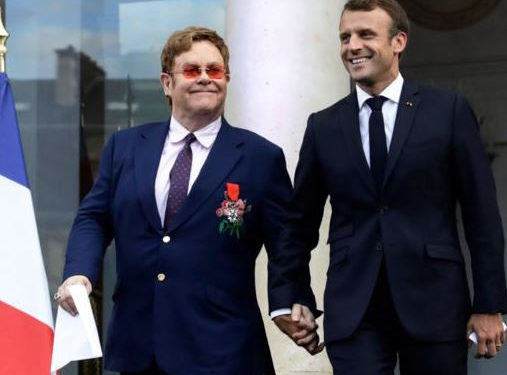 72-year-old British musician, Sir Elton John has been awarded France’s highest civilian award, the Legion d’Honneur by the President Emmanuel Macron, during a ceremony at the Élysée Palace.

The president’s office praised Sir Elton as a “melodic genius” and one of the first gay artists to give a voice to the LGBT community.

In his acceptance speech, Elton John said; “During his speech, he said how important the battle against AIDS was to him: “Like music, the fight against AIDS has been my passion for many many years.

And like music this fight reminds me every day of the extraordinary power of the human spirit. And that things that bind us are stronger than those that divide us. It is this magical human spirit I will carry with me as a proud member of the Legion d’Honneur. 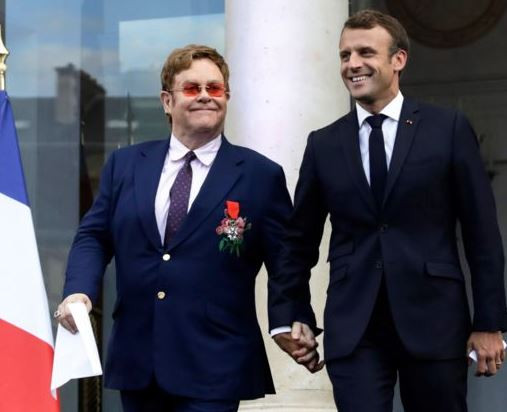 I have a huge love affair with France: I have a house here, I’ve always loved coming here, I love the French culture, the way of life and the French people.”