You will recall that Chioma lit the fire recently as she took to her Instagram and said; ” I’m about to sue somebody’s a*s.

Davido posted a picture on Instagram story with a picture of the fake news, and a bold inscription which read; FALSE. 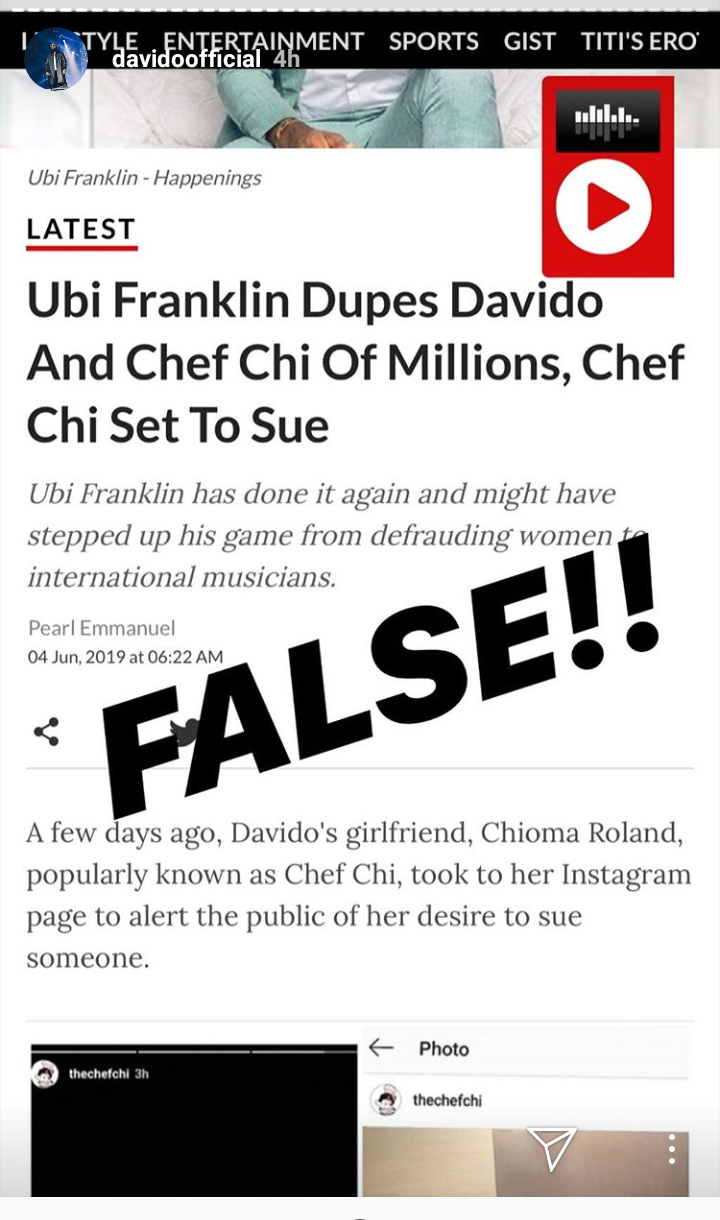 This has laid to rest the rumors about Ubi duping Chioma and Davido.