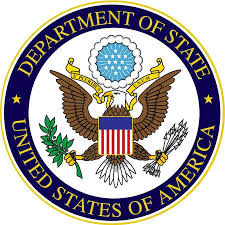 The US Embassy has laid to rest rumours about the Student Visa ban for Nigerians as circulated in the media, a few days ago. In the fake report, it was stated that the new directive moved towards stopping the issuing of visas to students who want to study in America as the Immigration office has stiffed the process claiming that most students seeking study visas are children of political leaders in Nigeria and so do not have a credible source of income.

On its official Twitter page, the embassy wrote; #FakeNews Alert! Be advised, reports of Student Visa ban for Nigerians is false. If you have seen such manufactured item on Facebook and Twitter or received it via WhatsApp, please communicate that it is false. 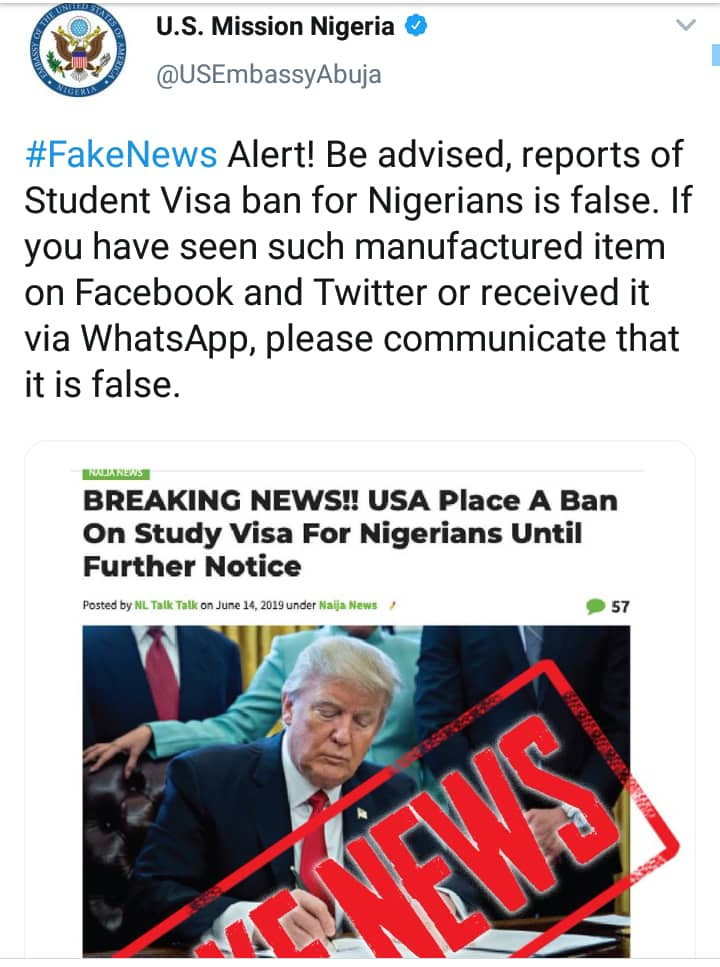