Stonebwoy Apologizes For Clash At The VGMA 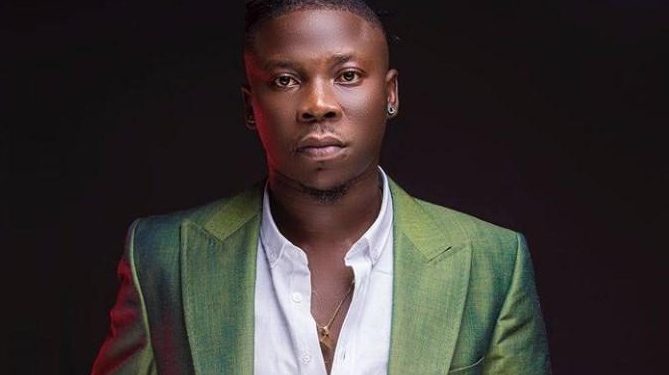 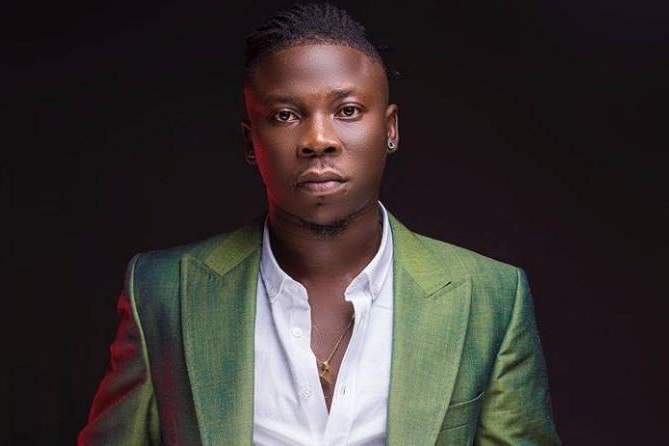 It all started when Stonebwoy was called on stage to receive his award as the Reggae/Dancehall Artiste of the Year. Shatta Wale and his team followed closely behind to support the musician, however, they misinterpreted it as a form of protest and decided to engage in a fight. 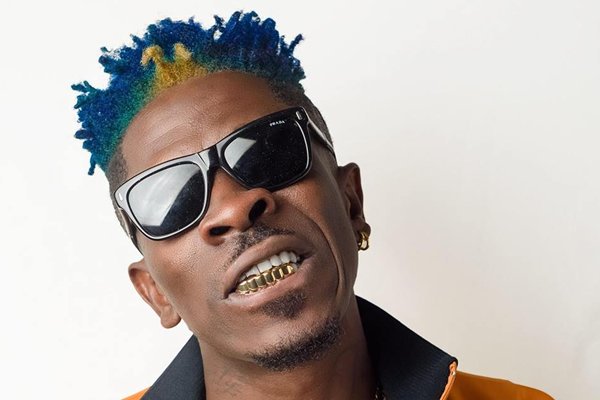 Expressing his deep regret at his actions, he sent out an official apology letter which reads below; 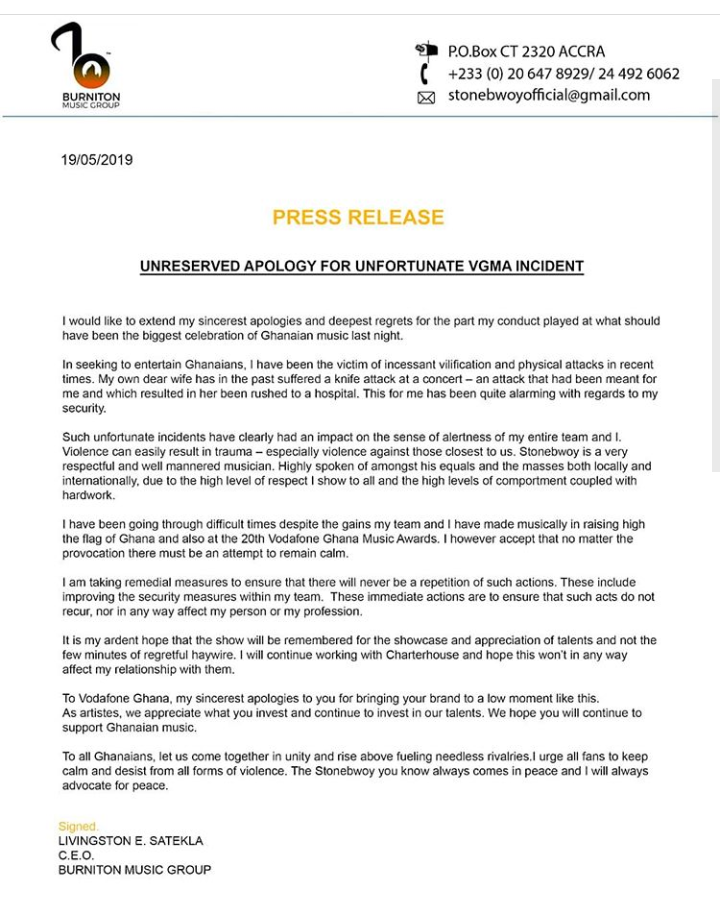