The Economic and Financial Crimes Commission have seized the properties of former Senate president; Bukola Saraki located at 15a, 15b and 17 MacDonald Road, Ikoyi, Lagos. 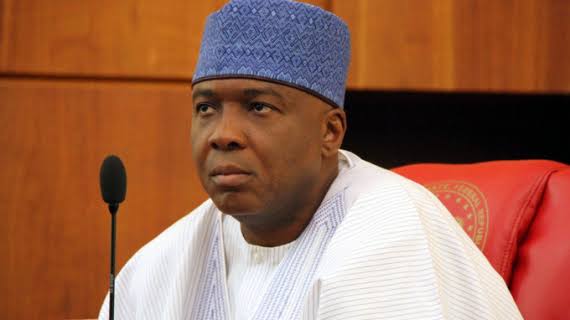 A source close to the politician revealed:

“The EFCC had been making inquiries into the finances and assets of Saraki for quite some time. They came to inscribe ‘EFCC, Under Investigation’ in red on the walls and the fences. The irony is that even houses that don’t belong to Saraki were marked.

“From what we were told, they are keeping him under strict surveillance ahead of May 29, 2019 when they may invite him.”

The former senate president has been said to be under strict surveillance by the EFCC.

Actress Nze Ikpe-Etim Reveals Why She Had ...

#MotivateMe: 5 Items For Your Monday Starter ...