Oba of Benin Bans Wearing of Beads in The Kingdom 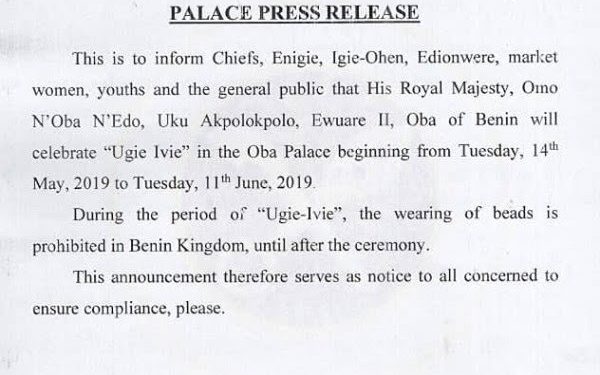 The ruling monarch of the Benin kingdom, Ewuare II who was crowned the Oba of Benin on the 20th of October 2016, has prohibited the use of beads temporarily in the kingdom for the sake of a festival, which is scheduled to take place soon.

He made this known in a circular which explains the motive behind the decision. See circular below: 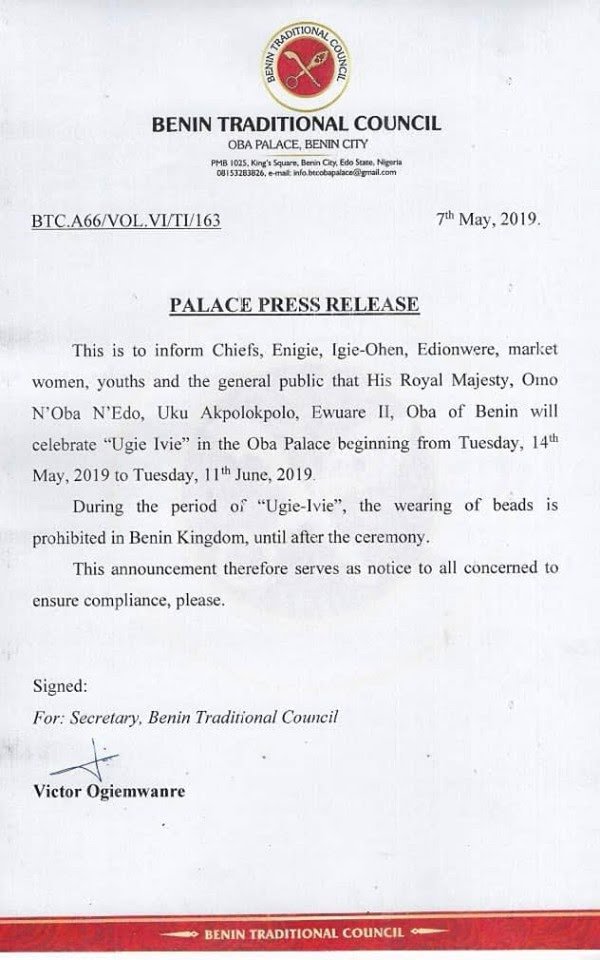 Fela Durotoye Celebrates His Wife Ahead of ...