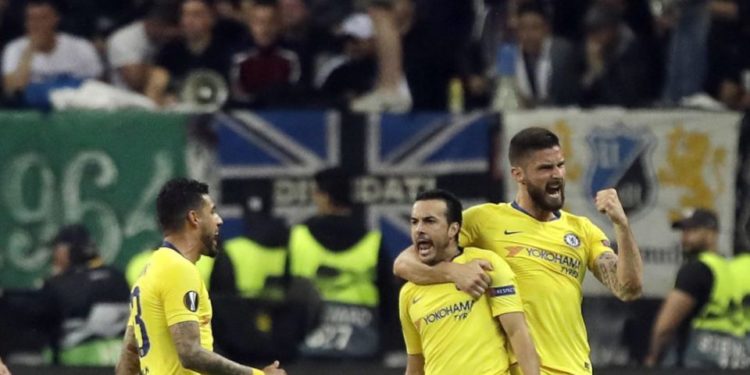 Pedro’s first-half strike levelled the game and gave Chelsea a slim advantage in the in their Europa League semi-final tie as they left Germany with a draw.

Luka Jovic had given Frankfurt the lead with a header that bear Kepa, but Chelsea responded late in the half through Pedro, whose fine strike in the area beat the Frankfurt keeper.

The second leg is at Stamford Bridge on Thursday, May 9.

Arsenal Come From Behind To Beat Valencia ...