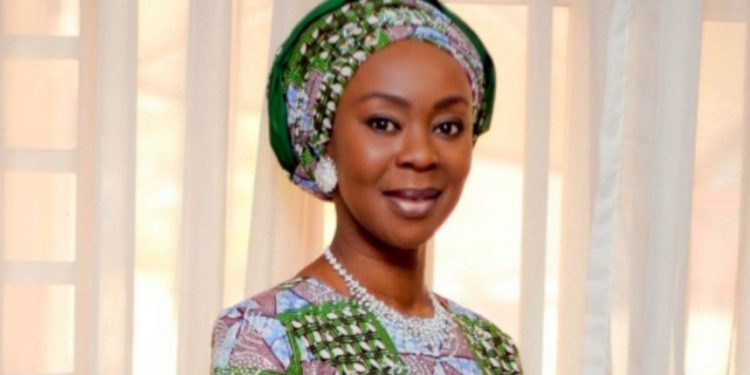 Healthcare philanthropist and wife of Nigeria’s Senate President, Toyin Saraki has called for more advocacy around substance abuse and support for mental health practitioners in the country. She made the call in Lagos at the finale of the second run of ‘High,’ a contemporary stage play which tackles issues surrounding drug and prescription medication abuse in Nigeria.

Speaking at the end of a thrilling performance at the Shell Hall of the MUSON Centre, Mrs Saraki thanked the cast and crew – including the show’s artistic director, Keke Hammond – for choosing to tell what she called an important story that highlighted what was a growing social problem.

“As a parent, I cannot begin to imagine what it’s like to be dealing with a child with a drug problem and I want to thank you for this. You have shown it to us in such a reality that I think this story should be shown around schools in Nigeria.

“I think that the first step to getting things right is shining a light on this issue and I want to thank you, and I will as Keke knows, do what I can, because the more we talk, the closer we will get to the solution.”

She charged parents to look out for lifestyle changes in their children, wards and dependants that might hint at a substance abuse problem – a theme which flowed through the play.

“I think that every parent should watch this play because just from watching it, I could see that it’s actually very subtle changes. It’s not something that jumps out and shows you that this person is on drugs or not on drugs.”

‘High’, which was supported by MTN Nigeria, through the MTN Foundation, tells the story of a group of childhood teenage friends on holiday from boarding schools whose lives, as well as the lives of their parents and families, get dramatically upturned when one of them suffers a drug overdose.

In his remarks, Mazen Mroue, Chief Operating Officer, MTN Nigeria, said everyone has a role to play in ensuring that we build healthy thriving communities.

“I think the story touches every one of us. We are fathers, and we have brothers, sisters and children and as the play reflects, substance abuse does not differentiate between classes, ages and all the differences that we have.

Substance abuse remains a significant problem in Nigeria. In 2018, the BBC reported that about 3 million codeine-containing cough preparations are consumed daily in Kano and about 6 million bottles in the Northwest alone.

As part of efforts aimed at addressing a growing national problem, the MTN Foundation, in collaboration with a consortium of professional and public policy stakeholders launched an initiative called ‘ASAP’ – the Anti Substance Abuse Programme – in December 2018.

ASAP aims at increasing public awareness of substance abuse and addiction among youths, discouraging first-time usage and casual substance abuse nationwide, and providing access to resources for people in need of professional help.