Messi Defies Logic, But So Do Many Who Say He Isn’t The Best 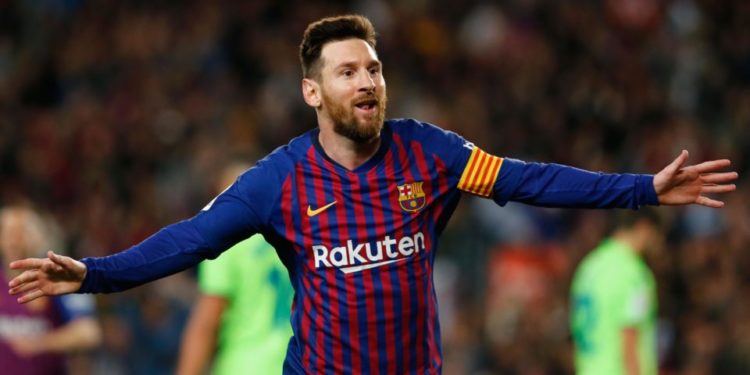 What more can one say about Messi?

Absolutely nothing that hasn’t been said before, yet everything needs repeating, and even then, the superlatives won’t do justice to the man; to the god, or to put it succinct, to the god amongst men.

No one else comes close really,

Really. no one does. And because it defies logic to argue otherwise, I am not going to mention any any other player, because, to be candid, it shouldn’t be an argument at this point.

Any lingering debate should be quenched and when that is done, and the facts are out, we should all wonder why it was a question in the first place.

Messi is a footballing anomaly. Someone able to seamlessly marry aesthetic with numbers; and science with art. Everyone else, in pursuit of him have had to sacrifice one for the other, or save energy for tap-ins, and headers. There are mortals after all.

And he gave us reason number 1004837339 today. Barcelona were not spectacular – they haven’t been for a while – they don’t even need to be when they have Messi who can change the course of a game with a weave of his left foot.

At times, they look like a team with just one formula – find Messi. It makes them predictable sometimes, and one would think the opposition would have an answer to the question that tactics poses.

But like Liverpool just found out, the only answer, most of the time, is the inevitability of Messi’s genius. You know it’s going to happen, but there are few legal ways stop it, and when he is on song, there are none.

And he has done it 600 times in his Barcelona career. The diminutive Argentine, starting 14 -years ago has now scored 600 goals for Barcelona to take him to the pantheon of legends and from there take off again to a place where others have crashed trying to reach.

One can be forgiven for almost feeling sorry for Liverpool – they did everything expected of them, and then more – but standing between them and Klopp’s elusive trophy is the greatest footballer to ever play the beautiful game.

He demanded the ball, he turned, he embarrassed Robertson and then curled in a worldie. Barcelona went anywhere he directed, with the Liverpool players heaving behind, chasing shadows atimes.

The scores might have flattered Barcelona, but Messi was out once again to remind everyone he has no peers, and Liverpool unfortunately were at the receiving end of the masterclass.