Jurgen Klopp Not To Focus Too Much On Messi Alone 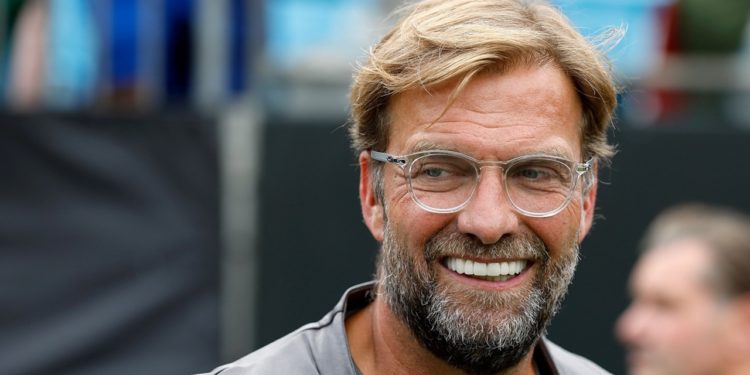 Liverpool manager, Jurgen Klopp has warned his players not to focus on only Lionel Messi when Liverpool face Barcelona in the first leg of their Champions League semi-final on Wednesday.

The merseyside club, who saw off Porto in the last round face their biggest test yet in the competition as they face the newly crowned La Liga winners.

“It’s not only about Messi but of course it’s about him as well,” Klopp said at a press conference on Tuesday.

“Can we concentrate on Messi? We should in a lot of moments but if we only concentrate on him there are 10 other world-class players who can decide the game as well.”

He admitted that the Argentine is a threat to his team’s chances of winning Europe’s elite club competition.

“Messi said before the season, ‘we want to bring back that cup’. That sounds like a threat to me. Now we did it, now we are here and all I can say is we want to go to the final as well.”

“We miss Phil Coutinho a lot because he is a world-class player and I loved working with him,” Klopp said. “When I first heard he wanted to go to Barcelona I couldn’t imagine it would be good. But we had to deal without him and we did well.”

“A draw would not be the worst result in the world, not that we would go for it but it would be okay,” Klopp said.

“It would mean a lot to win. It’s difficult, so many teams came here with an idea to do this or that and they got a big knock.

“But we saw the game against Real Sociedad and they did well. Levante did well a couple of days ago. But the better the opposition is, the higher the stakes are, and the more they are engaged.

“Now they are champions, they can completely focus on the Champions League.”