Virgil van Dijk Not Thinking About The Ballon d’Or 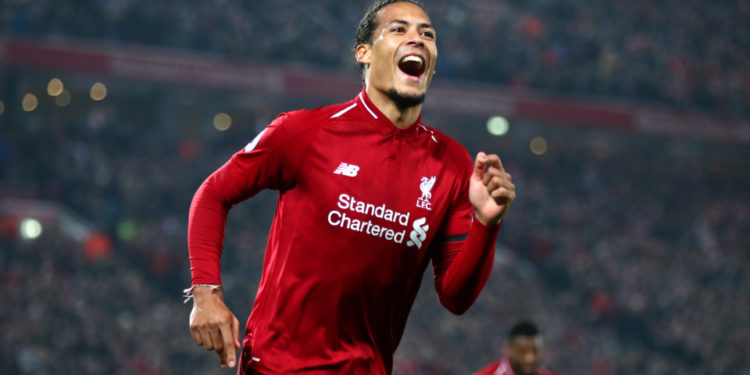 Van Dijk, who is having a spectacular season which has seen Liverpool keep 17 clean sheets and reach the Semi-final of the Champions League and are just two points adrift of Manchester City in the title for the league, was asked about the prospect of beating the Argentine to the award.

“That’s not something that’s on my mind at all,”, He said.

Messi has scored 46 goals this season as Barca chase a treble of honours, with the league already in the bag.

“There are currently players walking around in this football world that are out of this world basically and they’ve been doing it for many years.

“I’m very happy how I perform at the moment, how consistent I’m performing, that I’m fit as well. I think I just need to not look too far ahead.”

Liverpool face Barcelona who are on a run of of 10 consecutive wins in all competitions, on Tuesday in the first leg of their Champions League Semi-final.

Liverpool head to the Camp Nou on a run of 10 consecutive wins in all competitions, but have still not been able to usurp Manchester City at the top of the Premier League.

“Right now we’re in a tight title race, in the Champions League semi-finals against a fantastic team, where probably the best players are playing so we just take it game by game,” added Van Dijk.

“For us, now it’s time to focus on Barcelona midweek and then we have a big game at Newcastle away as well.

“I won’t look too far ahead and the only goals I will set are personal goals with Liverpool.”