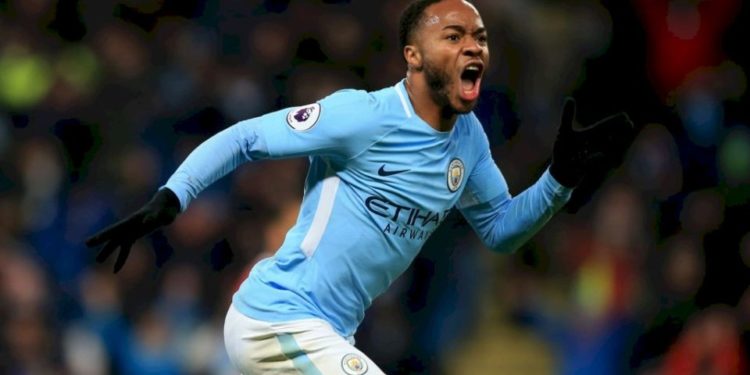 Manchester City winger, Raheem Sterling has been named the Writers’ Association Footballer of the Year for 2019.
The English player, who lost the Professional Footballer Association’s ‘Player of the Year’ award to Liverpool’s Van Dijk, but won PFA Young Player of the Year, has now gotten one over the Liverpool defender.
The 24-year old garnered 62 percent of the vote finishing 100 votes clear of  Van Dijk. His club teammate, Sergio Aguero came third.

FWA Chair Carrie Brown said in a statement on the association’s official website: “Raheem Sterling is a player of style and a man of substance.

“More than 70 years ago Charles Buchan, one of the founding fathers of the Footballer Writers’ Association, suggested there be an award presented to the player who by ‘precept and example’ is considered the Footballer of the Year.

“Raheem Sterling is an exemplar of the talent and values our founding fathers sought to reward when they established the FWA in 1947.

“To have been voted the 2019 Footballer of the Year by our members, and with such an overwhelming majority, clearly acknowledges the contribution from a player over one season but it also recognises the huge impact of Raheem’s courage to challenge preconceptions and fight racism, which will leave a legacy not just for future generations in football but society as a whole.

“Eyes have been opened, voices found, we are listening and will be at the forefront of the continued drive for equality.

“On the pitch, Raheem has evolved into one of the most dangerous forwards in the world. A player long admired for his tactical intelligence, link-up play and quick feet has now added a devastating finish to his game.

“Are we approaching a time where Barcelona’s maestro will be forced to cast a watchful glance over his dropped shoulder at the rising star of Sterling?

Watch Game of Thrones’ Mini-Documentary Into The ...