‘I’ll Ja Rule You’, Young Buck Says He Has Information That Can End 50 Cent’s Career 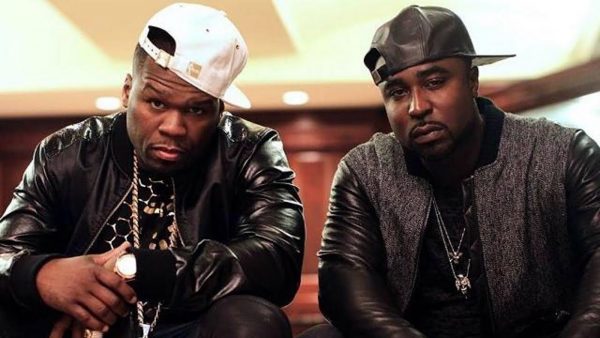 Young Buck and 50 Cent are at each other’s throats, again.

The former members of the now defunct group, G-unit are throwing shades at each other and threatening to end each other’s careers while at it.

On Wednesday, 50, in his petty manner, threw an homophobic shade at his former collaborator on Instagram.

He wrote: “Young Buck is almost ready to drop his album,” 50 wrote. “He worked hard on this project. I told him his personal choice to date a tran sexual [sic] will confuse some of his core audience but with the support of the LGBT he should be fine […]”

The rapper was talking about Buck’s alleged sexual relationship with a transgender woman, which Buck has consistently denied.

Bucj isn’t lying down though, as he quickly shot back at 50 Cent.

“You’re trying to sabotage me, pull my music down, send cease-and-desists everywhere, put up little posts and jokes for laughs while you do weak ass shit behind my back and try to keep me tied to a contract,” Buck said in the broadcast. “If you such a real na, why don’t you let me go? You understand? And we’ll fight the battle like that. Whatchu scared for, sucka? Line me up like Ja Rule, na. Go bar-for-bar with me, n***a. Play that game. You scared? You wanna do sucka shit. You ain’t gonna get away from me though.” Buck wrote on Instagram.

He also threatened to reveal secrets that could end 50 Cents career:

“We gonna tell them the truth if we’re gonna play this game. We ain’t gonna sit here and do this. Tell ’em what you’re really doing,” Buck said. “Tell ’em you got your panties in a bunch ’cause I’m tryin’ to move forward with my own career. We not gonna talk about all the other shit, unless you want to. Understand what I’m sayin’? […] We gon’ get real. I can blow your shit up, n**ga. For real, for real. I’ll burn your career down. I’ll Ja Rule you.”

The duo used to be members of G-Unit who famously feuded with Ja Rule and his Murder Inc label.