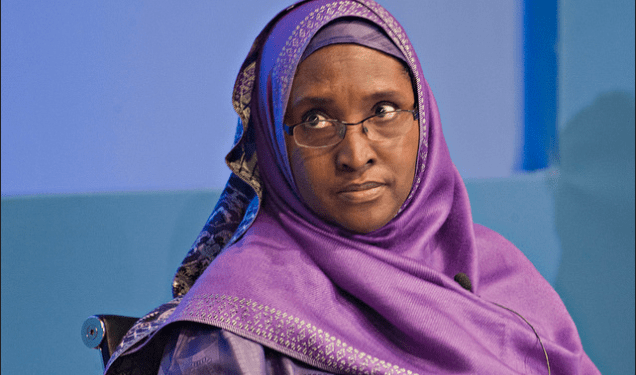 Minister of Finance, Zainab Ahmed has again reiterated that the country has no plan to remove fuel subsidy.

The Minister said it in a press statement that further clarifies the country’s stance after the advice by the International Monetary Fund (IMF).

In the statement, she said: “NNPC is the sole importer of petroleum products, and so when they import it is the cost of business and they deduct that cost before they remit the little money to the federation account. So that is completely different.

“It is more cost effective, it is cheaper and what is being done now is easier to monitor what transpired.

“We are not there yet and we discuss this periodically under the Economic Management Team. But we have not found a formula that works for Nigeria and you know Nigeria is unique because what works in Ghana may not work in here.”

She also said it was a work in progress.

“So, it is still work in progress and so there is no intention to remove fuel subsidy at this time.”

Ahmed pointed out that the problem plaguing the country is the inability to generate revenue to drive the economy.

The Minister also said that the country is still within the Fiscal Responsibility Act.

“In the borrowing, we are still at 19 per cent to GDP; our borrowing is still low.

“What is allowed by our Fiscal Responsibility Act is the maximum of 25 per cent of our GDP compared to other countries like Ghana, Egypt, South Africa, Angola and Brazil and we are the lowest in terms of borrowing,” She concluded.

Watch The Trailer For ‘Godzilla: King Of ...