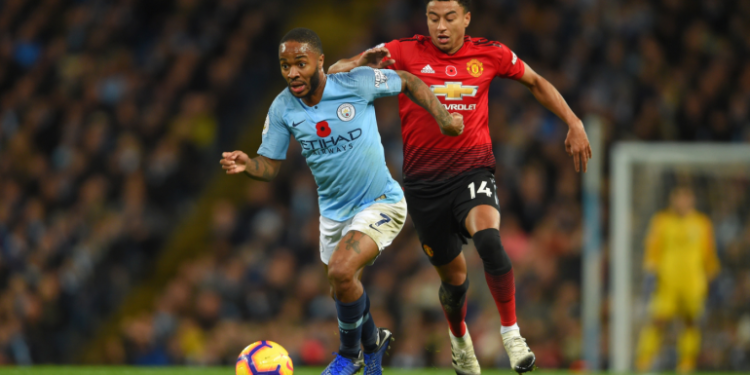 It felt like the Premier League decider, and City’s celebration after the final whistle shows they feel that may be so.

A lot had been made about City’s last two games against Tottenham and Manchester United as the games to decide the fate of the Premier League and Guardiola’s men have passed with flying colours, much to the annoyance of second placed Liverpool, who themselves have been exceptional for the course of the season – they’ve only lost one game all season.

After dispatching Tottenham, who themselves had dented City’s hopes of an unprecedented quadruple, the defending champions faced City rivals, Manchester United, a team still hurting from the 4-0 beating at Everton last time out, and would have no doubt savoured the notion of plying spoilers.

Going into the game, the result looked assured, on paper at least, as Solskjaer’s men had lost six of their last eight games in all competitions and at times looked bereft of ideas, while City was on a ten match winning run in the league. But it looked everything but easy when the game started. United looked up for it and for a moment even threatened to derail their “noisy neighbours” title hope.

Preferring a 3-4-3 formation and leaving the likes of Lukaku and Martial on the bench, United threatened from the counter-attack, particularly with Rashford who was a nuisance throughout, but as usual lacked the finishing, which has become a bane of his game this season.

After the break, the gulf in class between both teams were visible for all to see as City moved up a gear. They didn’t have to wait long to puncture United’s rear guard, and leave De Gea stranded. First, Silva drew first blood, and gave the visitors the advantage. United didn’t respond, except for their fans in the stadium, who reminded City of their team’s 20 titles.

Not that it mattered though as Sane soon doubled City’s advantage to take the game beyond the host and give City the three points that mattered on the day.