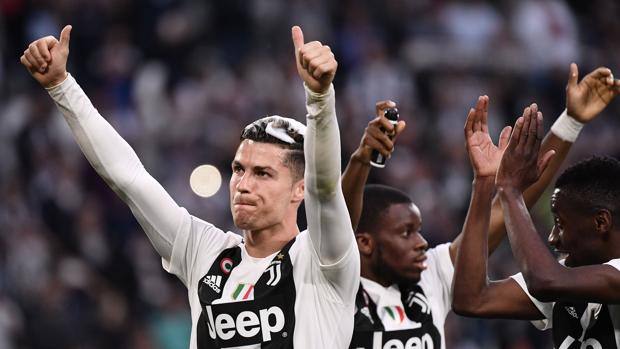 Juventus have won their eighth consecutive Serie A title on Saturday with a come-from-behind 2-1 win over Fiorentina, becoming the first team in the Europe’s top five leagues to achieve the feat.

An Alex Sandro’s diving header in the 37 minutes and an own goal from Fiorentina defender German Pezzella helped the Turin club wrap up its 35th Scudetto.

Fiorentina took the lead after only six minutes through Nikola Milenkovic.

The win makes it mathematically impossible for Napoli, who are 20 points behind in second to overtake Juventus, even if they lost all their remaining matches.

Juventus are still on track to match the record 102 points achieved under Antonio Conte in 2014.

Meanwhile, Cristiano Ronaldo, who is winning his third title in a third country said he was 100 percent committed to Juventus.

“It was a great season and I adapted well. We won the Scudetto and the Italian Super Cup, which is not easy to achieve,” said Ronaldo.

“It didn’t go well in the Champions League but next year it will be better.

Have You Heard? Olamide Has Just Been ...