Elections In Nigeria Are Getting Better – Prof Mahmood Yakubu 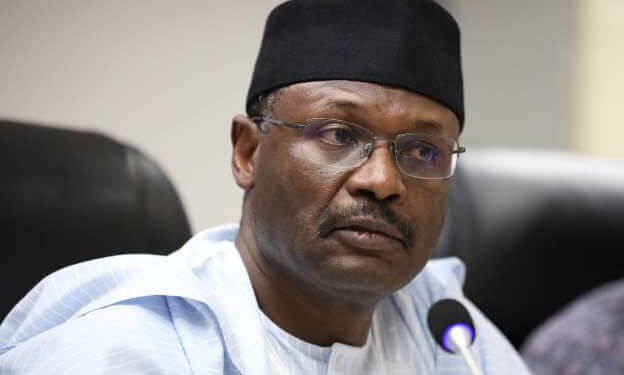 Chairman of the Independent National Electoral Commission (INEC), Professor Mahmood Yakubu has said elections in Nigeria are getting better.

He made the statement during a dialogue organised by the Independent Corrupt Practices and Other Related Offences Commission (ICPC) with the theme: ‘Anti-corruption Policy Dialogue on Eradicating Electoral Corruption: Focus on Vote Buying’, in Nasarawa State.

The INEC chairman was represented at the event by the National Commissioner in charge of Information and Voter Education, Festus Okoye.

He said the politicians were getting desperate which was why the commission faced a lot of challenges during the election.

“You can see that our elections are getting better and the politicians are getting more desperate. And these accounts for some of the challenges we have.” he said.

“As votes start to count, as the elections are determined solely by the electoral votes, politicians now go directly to the polling units to induce the voters. And I say that the votes are beginning to count.

“Voter inducement before and after voting is manifested in two ways. First is the attempt by politicians and their agents to determine the choice of voters by offering them monetary or material rewards. Second is the attempt by prospective voters to demand such gratification in order to vote.

“In response to these challenges, INEC has adopted the following measures: changing and enhancing the secrecy of votes through polling unit management and locating the voting unit boxes outside for the view of party agents and the voters.”

Speaking on the importance of dialogue, Okoye said: “You will recall that in my speech during the presentation of the certificate of return to the President-elect and the Vice-President-elect on February 27, 2019, I emphasized the need for a national dialogue on various aspects of our electoral democracy.

“Indeed, such a dialogue is required to nurture and sustain our democracy. And it is my hope that this dialogue will be the beginning of concerted efforts towards democratic consolidation in our dear country.

“The use of inducement to gather votes is an old and recurring practice across the world. Such inducements which are often deployed to influence voters on how they vote, range from money to material goods and defers from one country to another. Items such as vehicle parts, chairs, wristwatches, textile materials, shirts, buckets, cements, rice, and cooking oil are used for inducement.

“Medications and mobile phones have become ready currencies in the transactional relationships that have developed between the voters and the political class. In recent times, the use of money to induce voters or to buy votes especially within the vicinity of polling units has come under intense public scrutiny.

“Agents of political parties now stand at strategic locations around our polling units to see which party a voter has voted for, either directly or through a picture of the marked ballot paper as evidence for payment.

“Here in Nigeria, 69 per cent of respondents acknowledged receiving money or items such as rice, seasoning cubes, shirts, plastic buckets and textile materials in exchange for their votes in two governorship elections in 2014 and 2015.

“Indeed, in one of the governorship elections and other subsequent elections, such practices were referred to as stomach infrastructure. It has now become famous terminology in our political vocabulary. The way at which this act has undertaken has turned our polling unites into trading centers and market places for buying and selling of votes.”