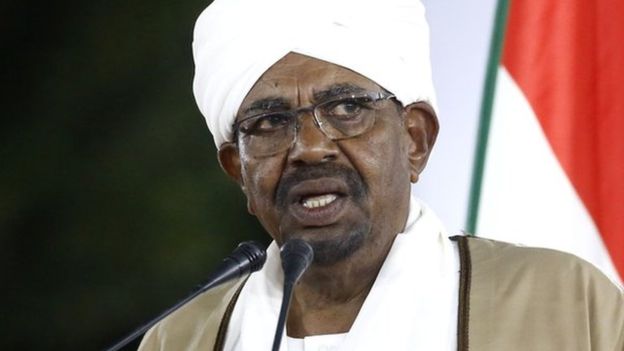 Omar Al-Bashir, the controversial leader of Sudan, has stepped down after 30 years in power, reports said Thursday.

According to Reuters, Mr Al-Bashir resigned his position with immediate effect, and a new government was been formed.

The 75-year old has reportedly handed over to the country’s supreme military council which is controlled by the armed forces.

He resignation follows days of protests that have engulfed the country over recent days.

Heavy chants against him filled the air across the country as radio stations, which are reported to be taken over by the soldiers, also played solidarity songs.

Amidst the protests, it is also reported that soldiers surrounded his palace in the capital Khartoum.

Mr Al-Bashir is quite unpopular at home and in the West where he was indicted by the International Criminal Court in 2008 for alleged crimes stemming from the genocide in Darfur.

Mr Al-Bashir came to power in 1989 as a military general and is the country’s longest serving leader since it gained independence in 1956.

The minister of defence has been tipped as the head of the military council now in charge of the country until elections take place. It isn’t clear when that would happen though.

Al-Arabiya reports that several former and current officials, including a former vice president, have been detained.

Airports in the country has been shut down too.

The road meets its master at the ...