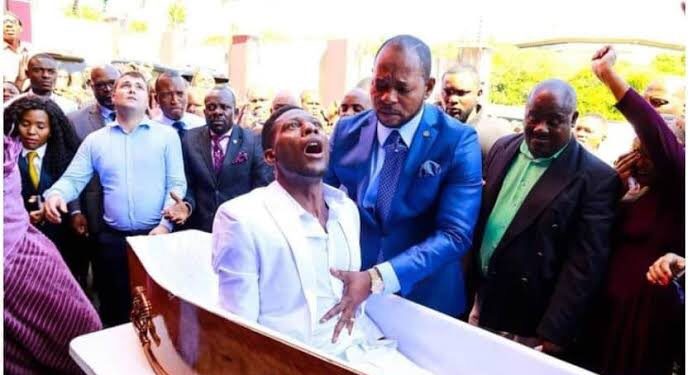 After being allegedly resurrected by South African prophet, Pastor Alph Lukau back in February, Zimbabwean born Brighton Elliot Moyo has passed on.

Brighton Moyo’s controversial resurrection brought several backlashed and it was alleged that it was his family that staged the miracle.

It was reported that Brighton died last week in a village called St Luke’s in South Africa and was buried on Saturday.

It was reported that his stomach started swelling and didn’t stop for three days and on the third day, he died.

Some other reports stated that when Brighton joined Prophet Lukau’s ministry, he was HIV positive and had kidney failure and also Tuberculosis.

Burnaboy live at the Apollo NYC.