US rapper, Kodak Black facing backlashed for saying he would be the best man for late Nipsey Hussle’s Girlfriend, Lauren London. 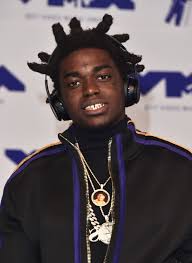 Nipsey Hussle who was killed last Sunday close to his Los Angeles clothing store was more than just a musician but also an activist, he also had a son with his longtime girlfriend, Lauren London.

However, on Saturday,  Kodak Black during an Instagram live and said he would “be the best man I can be for her.” referring to Lauren London.

“I’ll give her a whole year,” the rapper said in the video. “She might need a whole year to be crying and s*** for him.”
The comments sparked an immediate backlash from several celebrities,  Justin Credible, a DJ with the Los Angeles radio station Power 106, tweeted that the station would be boycotting Kodak  Black’s music.
“We stand with the family of Nipsey Hussle and are appalled by the disrespectful and poor comments made by Kodak Black, with that, Power 106 will not support Kodak Black’s music. #LongLiveNip.” He tweeted
Fellow rappers T.I. and The Game also slammed Kodak Black.

On Sunday, Kodak Black made a statement to express his apology to Lauren London i “If I disrespected you Lauren London in any shape or form, I am sorry,” he said. “Even though I didn’t.”