Everything You Need To Know About MTV Shuga Naija Auditions Tomorrow!

MTV Shuga Naija is officially coming back to Nigeria, which means the auditions for the Pan African TV series will also be making a return. This is exciting news not only for fans of the show but also for acting hopefuls all over Nigeria who are hoping to catch a big break. To make sure that you don’t fall for a scam or become a victim of false information, we’ve created an official guide with everything you need to know about the MTV Shuga Naija auditions. 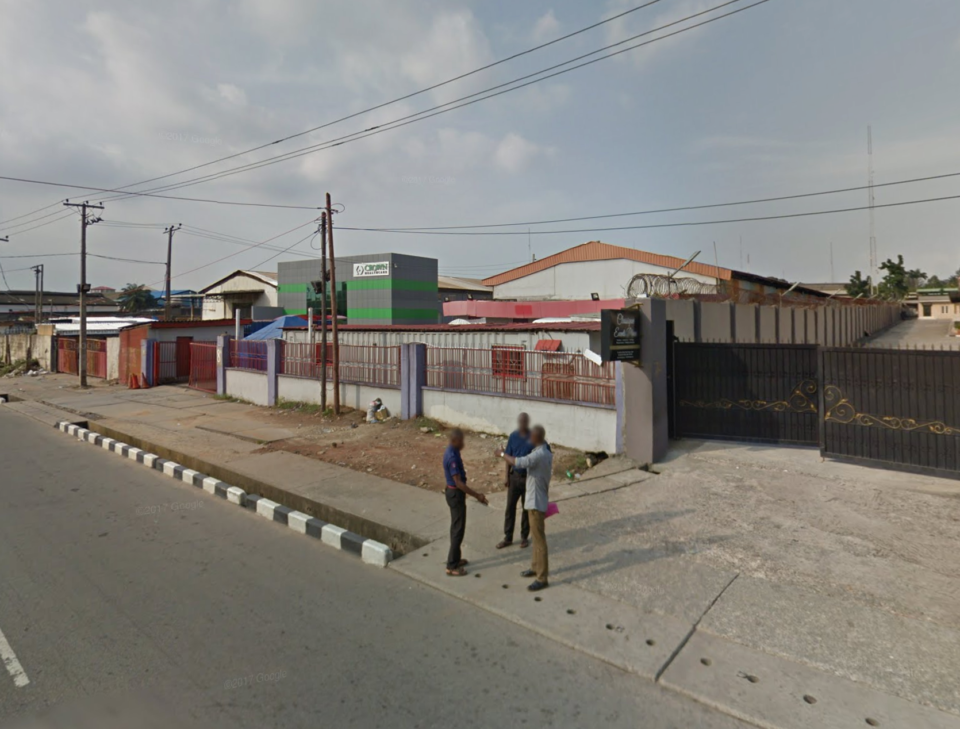 When and Where Is It Happening?  – The campaign kicks off with open auditions, which will be held tomorrow at Classique Event Centre, Oregun Ikeja. MTV Shuga Naija would-be actors will be judged by a diverse range of industry experts, and selected based on their acting skills and originality. 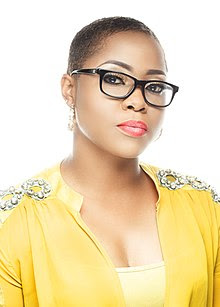 Who Is Organizing It? – MTV Shuga Naija is a multi-sectoral partnership involving the MTV Staying Alive Foundation and is funded by the Bill & Melinda Gates Foundation, and is also supported by MTV Base Africa and United Nations Population Fund (UNFPA). This year’s MTV Shuga Naija TV and radio campaign welcomes award-winning director Tope Oshin as producer. Known for setting the pace for female directors in the Nigerian movie industry, she has earned accolades for her amazing portfolio, featuring movies including, ‘Fifty’, ‘Wedding Party 2’ and most recently, ‘Up North.’ 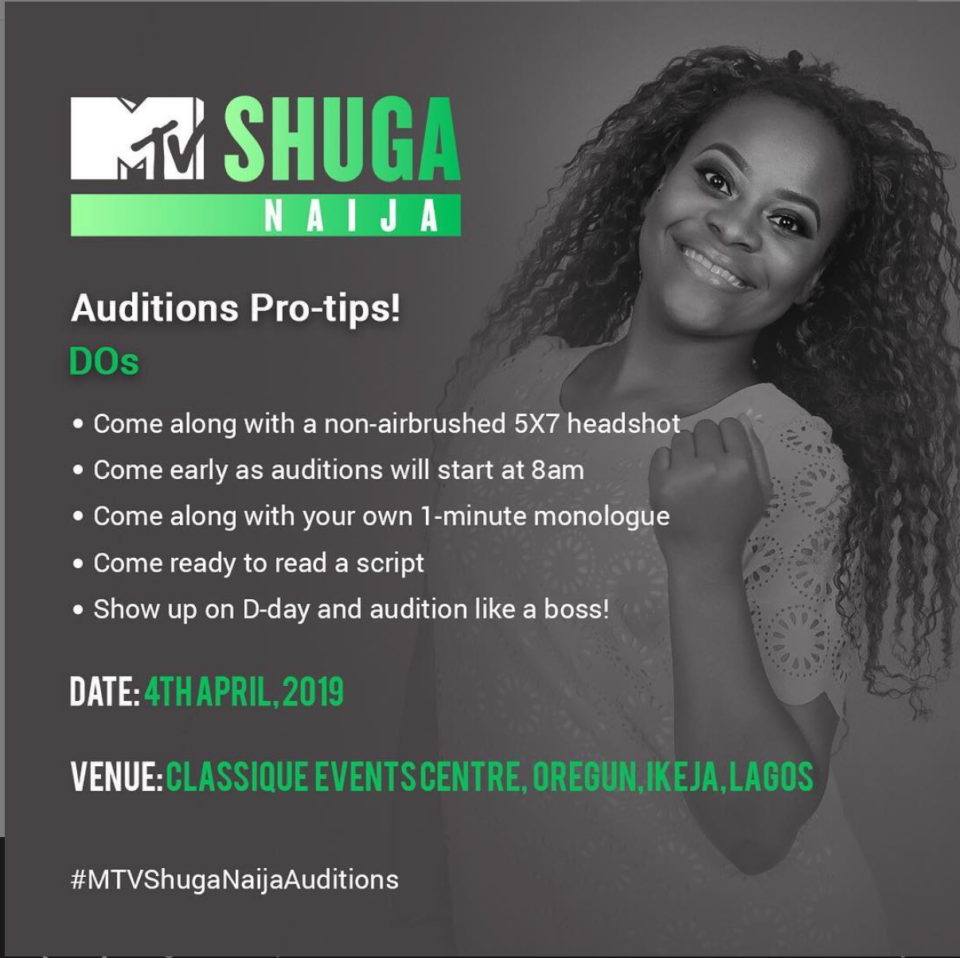 What if I don’t have all day? – To save time and beat the queues, applicants who have pre-registered via EventBrite prior to the auditions stand a chance to be fast-tracked upon arrival at the venue on audition day. Budding actors are encouraged to engage with MTV Shuga Naija via our social platforms @mtvshuganaija on Facebook and Twitter and @mtvshuganaija_ on Instagram using the hashtag #MTVShugaNaijaAuditions How cool is that? 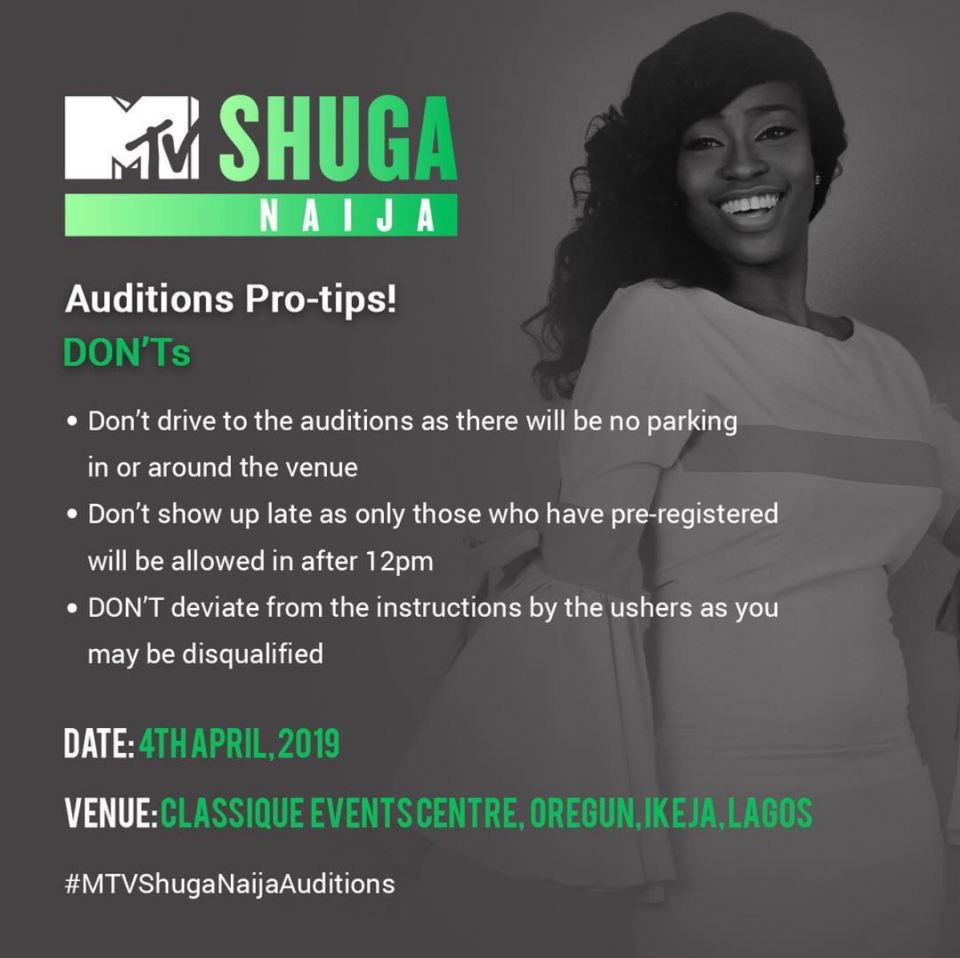 What Are The Requirements For The Audition? –  Auditions are open to Nigerian residents aged 18+ and will run from 8am until 6pm. Participants will be required to provide one head shot photograph (minimum size 4×6 inches) and a form of photo identification, such as a passport, driver’s license, national ID card or student ID card. 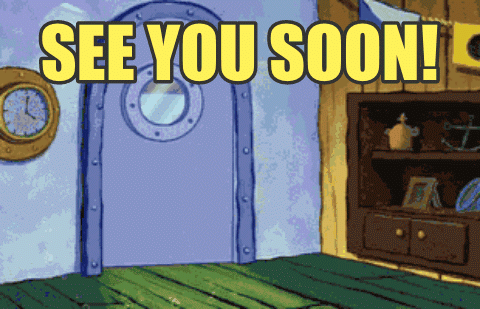