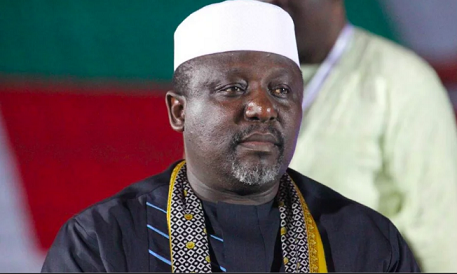 Governor Rochas Okorocha of Imo State, on Monday paid a visit to President Muhammadu Buhari at the Presidential Villa, Abuja.

After the meeting, the Governor briefed state correspondents what he discussed with the President during the meeting.

The Imo state governor said he requested that the top leadership of the ninth National Assembly be zoned to the South-East region of the country, adding that the people of the South-East were important.

He also revealed that he has invited the President to inaugurate some projects in Imo before his tenure ends in May.

Okorocha again maintained that his victory was not declared under duress.

to issue him his certificate as the senator-elect for Imo West senatorial district.

INEC has said it would await verdict of the court to know what step to take next.