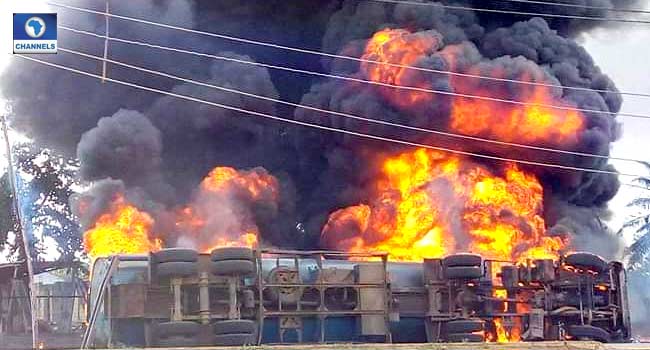 The accident happened along Ido-Ifaki highway after the fuel tanker lost control and spilled part of its content before going up in flames.

The state fire service were able to bring the situation under control before it escalated further.

Meanwhile, the injured victims have been conveyed to the Federal Teaching Hospital in Ido Ekiti where they are receiving treatment.

Michelle Obama’s ‘Becoming’ On Its Way To ...