Certificate Of Return: Okorocha Is On His Own – APC 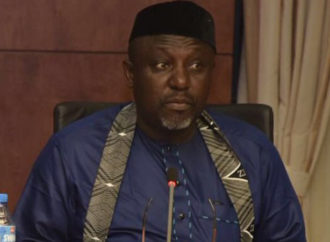 All Progressives Congress (APC) has finally reacted to the issue between the Independent National Electoral Commission (INEC) and Governor Rochas Okorocha of Imo State over non-issuance of his certificate of return.

Mallam Lanre Issa-Onilu National Publicity Secretary of the APC, said the party has position on the matter as Okorocha is still under suspension.

INEC has refused to present Okorocha with his certificate of return as a senator-elect saying he was declared winner under duress.

“On the refusal of INEC to issue Certificate of Return to governor of Imo state, Rochas Okorocha, who was announced winner of the Imo West senatorial ticket, this party cannot take any action.” Issa-Onilu said.

“In any case, he has not even come up to inform the party of his problem because he has realised that he is on suspension.

“Therefore, until it is vacated, the party will now step in to intervene as a party member who has problem to resolve.”

Algerian Army Calls For The Removal Of ...

Manchester City and Liverpool Are Better Than ...