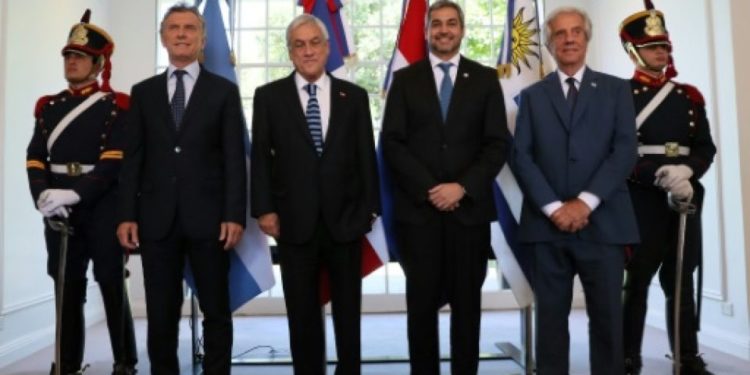 Argentina, Chile, Paraguay And Uruguay have relaunched their bid to host the 2030 World Cup after a meeting of their various presidents in Buenos Aires, the Argentine capital.

The four nations agreed to create a local organizing committee with representation from each country to coordinate with CONMEBOL, the South American football’s governing body.

Argentina and Uruguay had submitted a joint bid in 2017, before Paraguay joined the coalition. Soon after, Chile also showed interest and joined. Boliva is currently showing interest to join the coalition too, but it isn’t clear if they would be allowed to be a part of the coalition.

Argentina’s president Mauricio Macri understands how tall a task they have in front of them as they expect other joint bids, including one from Britain and Ireland and another by an eastern European confederation of Greece, Serbia, Bulgaria and Romania to rival theirs. Morocco has also shown interest in hosting the event.

“We know that we’re up against tough competition, which is why we have to start working as soon as possible,” said Macri.

The winner will be decided during the 2022 World Cup in Qatar. The winning 2026 bid was also a team effort and the tournament will be held in the US, Canada and Mexico.