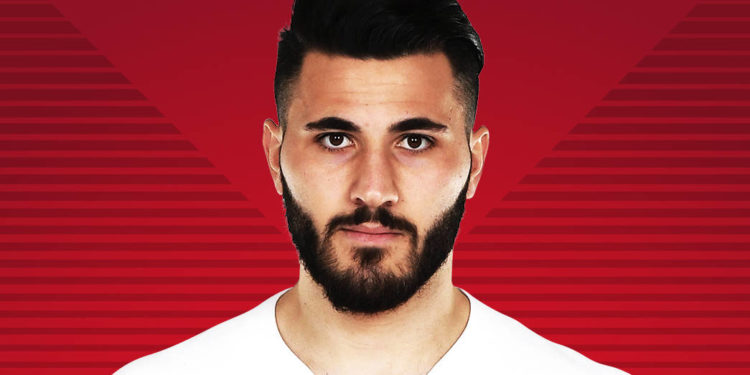 Arsenal defender, Sead Kolasinac has said the Gunners can not afford another first leg defeat when they play Napoli in the quarter finals of the Europa league next month.
Arsenal secured their passage into the next round of the Europa league by coming behind from a first leg defeat to beat Rennes 3-0 at the Emirates thanks to an Aubameyang brace and an Ainsley Maitland-Niles header.
Th Gunners also needed to come from behind when they faced BATE in the previous round having succumbed to a 1-0 first leg defeat. .

“It’s always very difficult when you lose the first game,” the 25-year-old said.

“We are aware of that, it’s not something we want to do of course. It is something we are going to work on in the next round. Of course, the key will be to start better than we have in these last two ties.

“We didn’t put ourselves in a good position at the end of that first leg. Having said that, I think that away goal was crucial for us.

“It was difficult for us because we had to play with 10 men for about 50 minutes of that first game as well. We made it difficult, but we knew how strong we are at home and we deservedly went through tonight.”

Arsenal draw Napoli in the quarter finals of the Europa League while Chelsea face Slava Praha.

Other fixtures are Villareqal against Valencia and Benfica to face Franfurt.