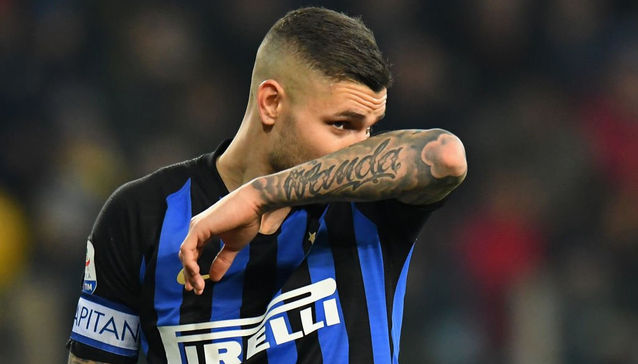 Inter’s Argentine striker, Mauro Icardo has been stripped of his captainship of the team amid ongoing links with Real Madrid.

Icardi has been heavily linked with a move to Real Madrid recently, as talks over a new contract at San Siro continue to stall.
Icardi’s wife and agent, Wanda said her husband should be given a larger package by much larger wage packet to reflect his standing in European football. She also said top clubs in Europe are also interested in him. Icardi is contracted to Inter until 2021.
Icardi has scored 9 goals in 20 games in the Seria A this season. Handanovic is set to take up the role starting on Thursday in the Europa League.

Luciano Spalletti’s side are currently sitting third in Serie A and a whopping 20 points behind leaders Juventus in the table after 23 matches.

Inter’s only hope of silverware this term now lies in the Europa League, with a round of 32 clash against Rapid Vienna to negotiate starting on Thursday.

Ten Questions to ask on your Valentine’s ...

CCT Order The Arrest Of Onnoghen After ...