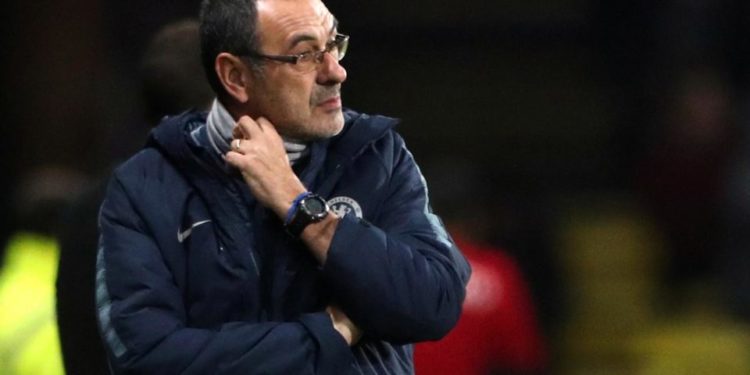 Chelsae didn’t have an answer to the home team in the second half as goals from  Josh King, David Brooks, and Charlie Daniels all scored to put Sarri under pressure.

Chelsea fans responded with a song aimed at the Italian manager after he substituted Higuain.

The fans at the away end chanted “You don’t know what you’re doing.”

Sarri’s team were dismantled in the second half, with Josh King scoring twice and the outstanding David Brooks also netting for Bournemouth before Charlie Daniels’ stoppage-time goal rubbed salt in the visitors’ wou

Brooks set up King’s opener immediately after the restart as Chelsea’s defence was all over the place. The striker again took advantage of Chelsea’s po. defending to double his team’s lead before he turned provider, setting up Brooks for Bournemouth’s third.

They were not done and rubbed salt on Chelsea’s wound in the final minute as Daniel turned in Ibe’s free-kick.

While Chelsea dominated, they were toothless in attack and Higuain was largely ineffective. He was soon substituted for Giroud who wasn’t any better himself.

The loss keeps Chelsea in the top four, but just barely. They now themselves just two points above Arsenal and four more than Manchester United.