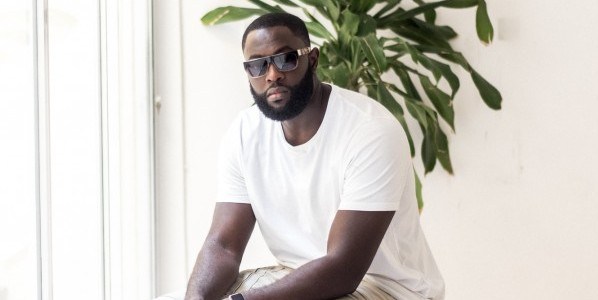 Oladapo Fagbenle professionally known as Daps, is a Nigerian born British artist, video director, and former NCAA athlete. He is best known for directing music videos for recording artists such as Migos, Stormzy, Iggy Azalea, Kendrick Lamar, Wizkid, 2 Chainz and Davido. He was born February 12, 1986  to Nigerian parents, Daps began his career within the media industry as a video producer in New York and London.

Daps began his video production career in the fall of 2010 and began directing music videos in 2013. In 2016 he directed the video for “Bad and Boujee” which went on to become a US number 1 and generated hundreds of millions of views.

During his award speech at the 2017 Golden Globe Award’s, Donald Glover stated that Bad & Boujee was “Like that’s the best song ever”. Later that week, the video for the Daps-directed, critically acclaimed “T-Shirt” was released. Numerous publications have stated it is the best video of 2017. Since then, Daps has gone on to direct videos for Stormzy, Wizkid, Young Thug, Nicki Minaj, Seun Paul and Davido.

He has revealed that some artist that had influence on his career were Snoop and Dogg Pound, Mase and Bad Boy, Dre, Ice Cube, Tupac, Lox, Jada, Styles, Sheek, Roc-A-Fella, and Nas. He has been nominated for several awards and even won a few such as BET video award nominee. BET viewers choice award nominee. VMA best hip hop video award nominee and won The Headies Award for Best Music Video in 2017.

Turnioniown – The smash new single by ...