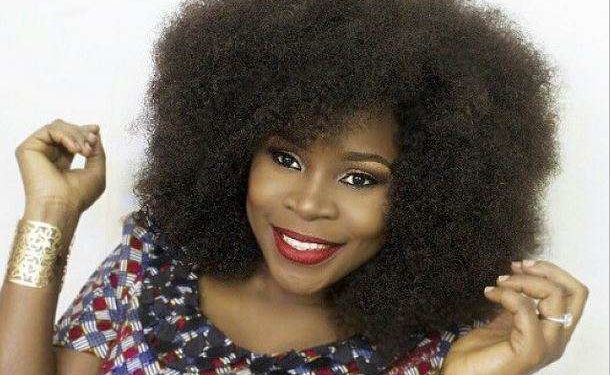 Omawumi Megbele known by her stage name Omawumi. She is a Nigerian singer-songwriter and actress of Itsekiri ethnicity. She was born 13 April 1982 to Chief Dr. Frank and Mrs. Aya Megbele.

Omawumi rose to prominence as a contestant on Idols West Africa. Omawumi, with her strong voice and out-going personality, was voted the 1st runner-up of the competition when it ended in May 2007. Since then, she has had numerous performances on the stage with musicians such as P-Square, 2face Idibia, D’Banj, Banky W, M.I, Sasha, 9ice, Chaka Demus and Pliers, Carl Thomas, Angie Stone and Donell Jones, Angelique Kidjo, among others.

Omawumi has proven that she is not only a talented musician, she can also act as well. Omawumi played a minor role in the 2009 edition of the V-Monologues, a play that reflects the negative issues affecting women in Nigeria. She also starred in the musical play Olurombi. She had a minor role in the movie Inale, a Hollywood/Nollywood Bongos-Ikwe production, starring Hakeem Kae Kazeem, Dede Mabiaku, and Ini Edo. In 2011, she starred in Funke Akindele’s Return of Jenifa. Moreover, she starred in Yvonne Nelson’s House of Gold (2013) alongside Majid Michel and Ice Prince.

Omawunmi has been involved in a few non-governmental organisations like Project Alert Pink Pearl Foundation and projects like Notes2notes, and Maga No Need Pay.

Omawunmi has won several awards, at the 2009 Hip Hop World Awards, Omawunmi went home with the highly coveted award for Next Rated Artist. She gave a heart-rending thank you to her fans on stage after winning the award which car with a brand new car as a prize. She was awarded Best Rnb/Pop Artiste in 2010 at the Nigeria Entertainment Awards which held in New York. She also won the award for Best Female Music Video at the same awards. She has won Outstanding Recording Artiste at the Icon Awards and Best New Artiste at the Women in Entertainment and Arts Programme by Vivacity PR, London.