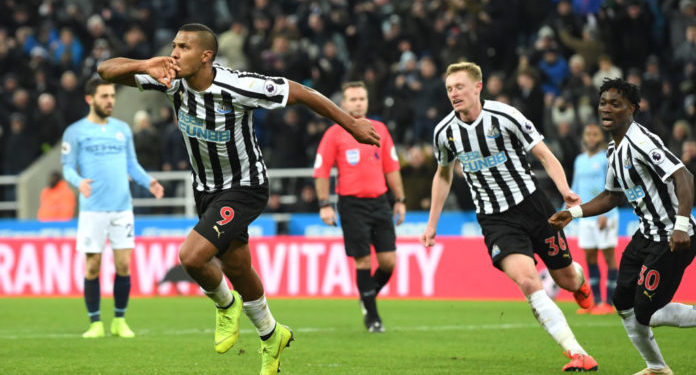 Manchester City lost the chance to keep pace with Liverpool after a 2:1 loss against Newcastle gave Liverpool a chance to go seven points clear of the the champions.

The win moves Newcastle five point clear of the relegation spot and provides confidence at the right time of the season.

City went ahead within 24 seconds of the game but failed to add on to the tally in a dominant first half and that ultimately cost them.

After the break, Newcastle pushed for an equalizer and were soon rewarded. Salomon Rondon’s equaliser was their first effort on goal and the Magpies just grew in confidence from there and began pushing for a second.

Fernandinho’s foul gave Newcastle the chance to do just that, and Matt Ritchie coolly converted to give Newcastle a chance to snatch the unlikeliest of victories.

Manchester City tried to find a way back but Newcastle’s defence stood resolute for the remainder of the game and move them to 14th on the table.

A win for Liverpool tomorrow takes them seven points ahead of Manchester City on the log.