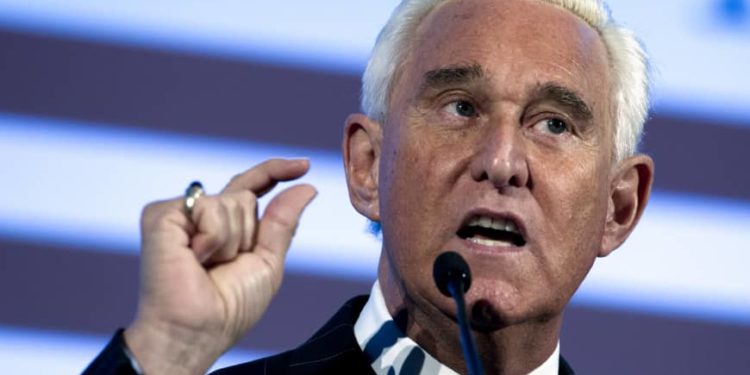 Trump’s long time ally, Roger Stone, has been arrested by the FBI on Friday on charges of witness tampering, and false statements amongst others.

According to the indictments, Roger Stone made many attempts to contact WikiLeaks to obtain documents stolen from the Democratic national committee and Hilary Clinton’s presidential campaign.

Stones was arrested at his home in Florida after an indictment was issued by a federal grand jury in Washington a day earlier.

The indictment is part of Mueller’s probe into Trump-Russia collusion in the lead up to the 2016 elections in America.

The indictment states that a senior Trump campaign official contacted Stone regarding releases damaging to the Clinton campaign.

Stone – a longtime political adviser to Trump – would appear in court in Fort Lauderdale later on Friday, the spokesman said. The indictment states that Stones spoke to senior Trump campaign officials about WikiLeaks about “information it might have had that would be damaging to the [Hillary] Clinton campaign. Stone was contacted by senior Trump campaign officials to inquire about future releases by” WikiLeaks, which the document refers to as “Organization 1”.

“On multiple occasions, Stone told senior Trump campaign officials about materials possessed by Organization 1 and the timing of future releases,” the document added.

Stones subsequently made “multiple false statements” about his interactions regarding WikiLeaks, “falsely denied possessing records that contained evidence of these interactions”, and “attempted to persuade a witness to provide false testimony to and withhold pertinent information from the investigations”.

The document states that on or about 4 October 2016, the head of WikiLeaks, Julian Assange, “held a press conference but did not release any new materials pertaining to the Clinton campaign. Shortly afterwards, Stone received an email from the high-ranking Trump campaign official asking about the status of future releases by [WikiLeaks]. Stone answered that the head of [Wikileaks] had a ‘[s]erious security concern’ but that [WikiLeaks] would release ‘a load every week going forward’.”

Stones is now one of many Trump allies indicted, but he remains the longest serving political adviser to the President having been close to him for decades.

The 66-year old is being indicted also for making threats to the intermediary, named “Person 2”

“I’m not talking to the FBI and if your [sic] smart you won’t either,” Stone allegedly wrote. “You are a rat. A stoolie. You backstab your friends – run your mouth my lawyers are dying [to] Rip you to shreds.” He allegedly said.

He added: “Stone also said he would ‘take that dog away from you’, referring to Person 2’s dog.”

The indictment also said Stone made false statements when questioned by a congressional committee. He was asked if he had no emails or other communications relating to WikiLeaks and the hacked Democratic documents and he answered: “That is correct. Not to my knowledge.”

The indictment states: “In truth and in fact, Stone had sent and received numerous emails and text messages during the 2016 campaign in which he discussed Organization 1, its head, and its possession of hacked emails.

Movie Review on LIONHEART: “It was Genevieve’s ...