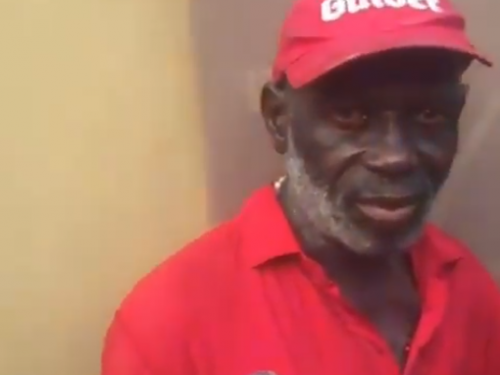 A man has been arrested in the Lagos capital, Ikeja for allegedly stealing female underwear.

According to eyewitness that spoke the Punch Newspaper, the man was seen picking the underwears where they were spread outside and challenged by residents of the area.

After being confronted, he refused to open his bags and instead hurled insults at those accusing him. The bag was forcibly snatched from him and it was was discovered that the bag was filled with female underwear.

Mayo Ojo, an eyewitness who spoke with Punch newspaper said: “We were upstairs and all of a sudden, one of us, Tunde, saw a man picking up bras, pants and some clothes that were spread outside.

“When he was done, he looked in different directions to ensure that nobody saw him. As he began walking away with those items, we came down and alerted other residents, who stopped him.

“Rather than being remorseful, the man began threatening that he would deal with us for insulting him.

Movie Review on LIONHEART: “It was Genevieve’s ...