‘Serena And I Are Different In Everything.’ – Maria Sharapova 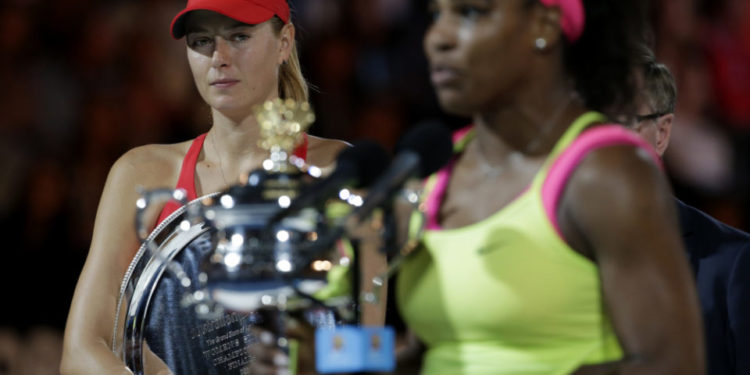 Maria Sharapova has said she believes Serena Williams and herself are different everything.

Speaking to II Corriere Della Sera, the Russian said she doesn’t understand why the media try to compare both of them because they are both different players with opposing styles and history.

She said: I do not really know why this thing passionates journalists so much… Me and Serena are different in everything: story, past, style, attitude’, admitted the Russian. ‘But in the end our tennis goals are the same and we fight to achieve them.

I always admired that Serena wakes up every morning thinking to improve’ And Sharapova, as well. ‘We may be more similar than we may admit it.’

She also said she has to keep her emotions in check or she would be dominated.

I am not hot, I admit it.
Because I cannot be it: I would be dominated. You’d better see me when I was choosing the Christmas tree, not cold at all… I know they draw me as a cold Siberian but I tell you one thing: changing the people’s opinion is an effort I do not want to make.