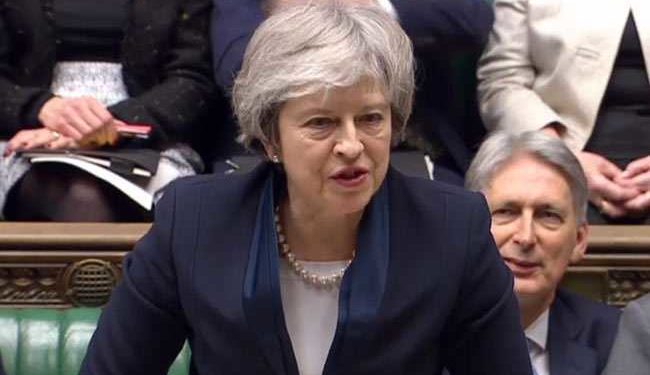 Prime Minister Theresa May’s Brexit deal has been rejected by 230 votes – the largest defeat for a sitting government in history.

MP’s voted 432 votes against and 202 for to reject the deal which lays down the terms of Britain’s exit from the European Union. Theresa May, as Prime Minister is saddled with the role of bringing about an orderly departure from the EU and also setting up a 21-month transition period for a free trade deal.

After the historic votes, Labour leader Jeremy Corbyn tabled a vote of no confidence in the government, which could trigger a general election. The vote is scheduled to hold about 1900 GMT on Wednesday.

As if understanding what was coming, May had postponed the vote, originally scheduled to take place in December, in a bid to win the support of more MPs.

The UK is expected to leave the EU on March 26th, but the manner and timing of the departure is currently uncertain. ]

After the vote, May said: “The House has spoken and this government will listen,”

There are still uncertainty as to whether UK will continue to pursue a Brexit deal or try a second referendum to try and stay in the Union.

May also heads into Wednesday vote of confidence knowing a loss could spell the end of her Government. While a UK general election are supposed to take place every five years, a vote of no-confidence allows MPs decide on whether they  want the current to continue. If the Prime Minister losses, an early general election is called

Labour Leader, Corbyn has said it would allow the MP’s “give its verdict on the sheer incompetence of this government”.

Alibaba gives out cars at his January ...