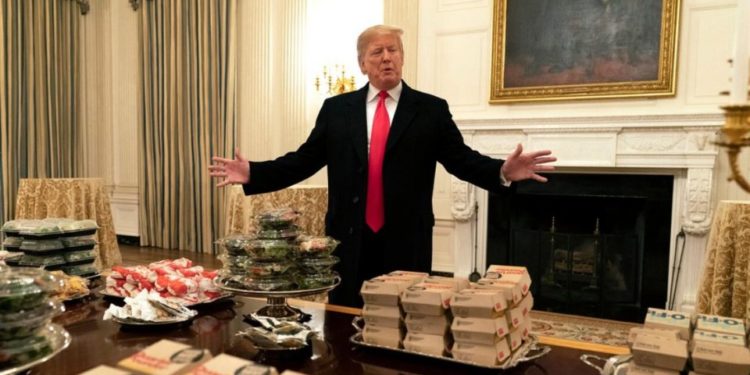 Fast Food Chain, Burger King has mocked Donald Trump over his misspelling of hamburgers as “hamberders” in a recent tweet.

The President had tweeted about the ordered hamburgers he served Clemson University’s championship football team during their visit to the White House on Monday.

“Great being with the National Champion Clemson Tigers last night at the White House. Because of the Shutdown I served them massive amounts of Fast Food (I paid), over 1000 hamberders etc,” Trump tweeted. The tweet has since been deleted.

Mocking the error, the company tweeted: “Due to a large order placed yesterday, we’re all out of hamberders,” the chain said in a tweet from its verified account on Tuesday morning. “Just serving hamburgers today.”

due to a large order placed yesterday, we're all out of hamberders.
just serving hamburgers today.

Watch The Trailer For ‘Spiderman: Far From ...