Oluwatosin Oluwole Ajibade popularly known as Mr. Eazi is a singer, songwriter and an entrepreneur, He’s the pioneer of Banku music, a fusion sound he describes as a mixture of Ghanaian highlife and Nigerian chord progressions and patterns.

Mr. Eazi relocated to Kumasi in 2008 and enrolled at KNUST, where he began booking artists to perform at college parties. He showed interest in music after recording a guest verse on “My Life”, a song that gained traction and became a popular record at KNUST. Mr. Eazi released his debut mixtape, About to Blow, in July 2013. He gained an international audience following the release of the 2015 single “Skin Tight”.  His second mixtape, Life Is Eazi, Vol. 1 – Accra To Lagos, was released on 10 February 2017. In March 2018, several outlets reported that Mr. Eazi signed a record deal with Diplo’s label Mad Decent. Mr. Eazi signed a licensing deal with Universal Africa, a subsidiary of Universal Music Group.

Mr. Eazi, launched ’empawa’, an initiative set up to find and support Africa’s next batch of superstars.

Interested participants are to submit their work for evaluation by Eazi and industry experts via Instagram with the hashtag #empawa100, stating their country of origin. The deadline for submissions is Saturday, December 15, 2018, after which Mr. Eazi will pick 100 artists who will each receive a grant of $3,000. This funding will be used to produce 100 music videos with a production crew across Africa.

10 of the 100 finalists will be selected to fly to South Africa with Mr. Eazi to partake in a three-week incubator programme and mentored by popstar Raye and renowned producer Diplo, amongst others. Participants will also have the opportunity to record their songs in a state-of-the-art recording studio and shoot their videos with a professional film crew. From these 10 finalists, Mr. Eazi will choose a select few to perform at ‘Ghana Party in the Park’ in London next year, alongside himself and other superstars. 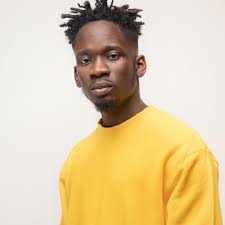 He won the WhatsUp TV Africa Music Video Awards Special Recognition Award Music Video, Africa for his song “Skin Tight” featuring Efya.
He also won theBest New Artiste at the  Soundcity MVP Awards and song of the year for his song “Hollup” and was the winner for the Headies Next Rated and the Nigeria Entertainment Awards Most Promising Act to Watch.

Mr Eazi has been soaring high than ever as he was recently listed as one of the African artists to perform at one of the biggest music show in the world, Coachella.

Falz isn’t attacking you if you are ...