German playmaker, Mesut Ozil has once again been left out of the Arsenal team to face West Ham at the Millenuim stadium in London.

It is currently not clear what the reason for his omission is but coach Emery have in the past said he was left out because of either injury or “tactical reasons.”

The Arsenal team to face West Ham is: 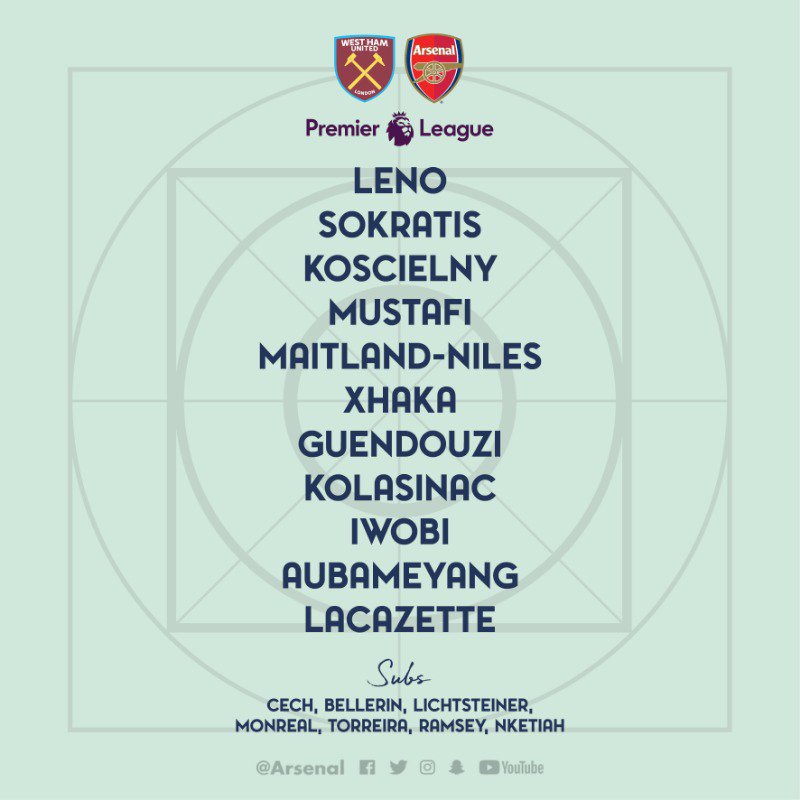 Probably in a bid to control the narrative, Ozil had, leading to the game revealed he had been training with the team all week and was no longer injured.