Mia Khalifa Rips Into Arsenal Star, Guendouzi For ‘Going Down’ Too Easily 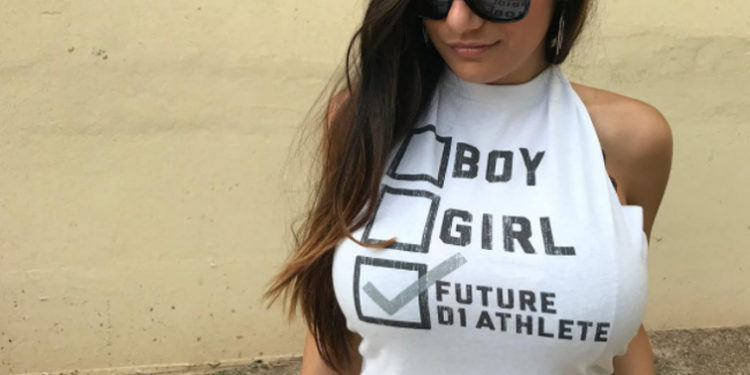 WEST HAM fan Mia Khalifa has accused Arsenal’s midfielder Matteo Guendouzi of going down too much during the Hammer’s 1-0 win over the Gunners.

Declan Rice’s second second half curler was the difference as Arsenal, without their talisman, Ozil were once again lacklustre.

Khalifa though had harsh words for french midfielder, Guendouzi, who she felt was going down too easily for her liking.

She wrote on twitter: FUCKING P***y @MatteoGuendouzi, IVE SEEN YOU GO DOWN MORE IN THIS MATCH THAN I DID IN 2014 #COYI

FUCKING PUSSY @MatteoGuendouzi, IVE SEEN YOU GO DOWN MORE IN THIS MATCH THAN I DID IN 2014 #COYI ?

Arsenal are now three point behind fourth place Chelsea who have a game in hand while West Ham have moved up two places to 8th.

Ozil Left Out Of Arsenal Squad TO ...