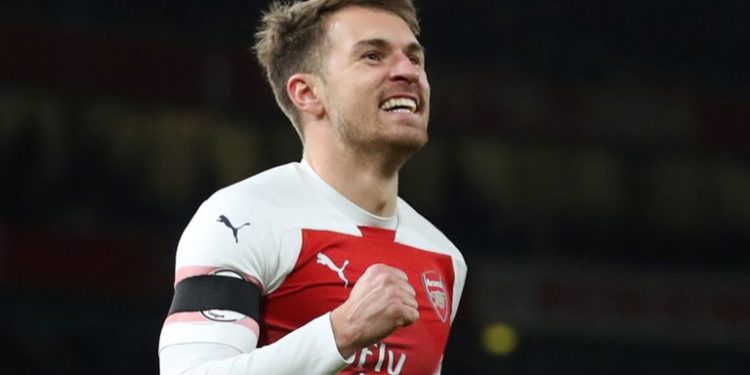 Arsenal midfielder, Aaron Ramsey has agreed a 5-year contract with Italian giant, Juventus, ending uncertainty about his future at Arsenal.

The 28 year had been told by Arsenal that they would not be renewing his contract that ends at the end of the season. Since the club revealed this, Ramsey has been relegated to coming from the bench.

Italian Journalist, Fabrizioi Romano said Ramsey’s agent will be in Italy soon to finalise the deal with Juventus director, Paratici.

The former Cardiff player will be on a wage of 140,000 pound per week after tax, making him the second highest paid player at the club, after Cristiano Ronaldo.

Juventus, who are on course to win their seventh consecutive league title are looking to make a bigger impression in the Champions League.

Ramsey joined Arsenal for £4.8m from Cardiff City and has played 252 games for Arsenal. He has scored 52 goals, including two FA. Cup winning goals. He has also won the Arsenal Player of the Year award twice and is the highest scoring Midfielder in the club’s history.

Many Trapped As Train Derails In Lagos

‘We can only loan players’ Emery Admits ...