Benjamin Pavard To Join Bayern In The Summer 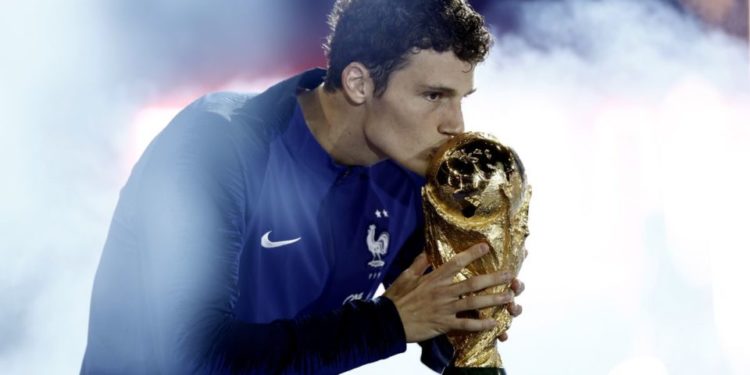 Bayern Munich’s sporting director, Hasan Salihamidzic has revealed that the club has reaches an agreement to sign the France defender Benjamin Pavard who will join the German champions on a five-year deal from next season for a fee around €35m (£31.4m).

The 22-year old French defender currently plays for VfB Stuttgart and was an integral part of the World Cup winning French team in Russia.

“I can announce that we managed to get the services of Benjamin Pavard from 1 July 2019,” Salihamidzic said during a Bayern training camp in Qatar. “He signed a five-year contract.”

“He is a very interesting player whom we really want to sign,” Salihamidzic said of the 18-year-old.

“He has qualities that fit into our game. He can dribble well and has a drive towards goal. He has a lot of potential.”